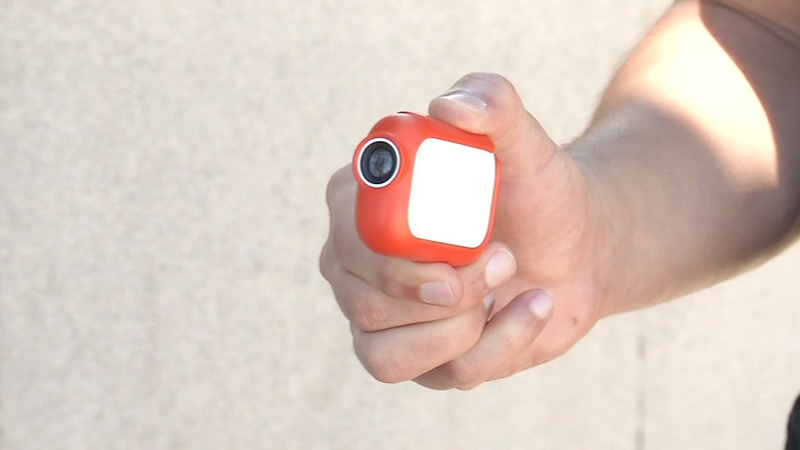 SAN FRANCISCO (KGO) -- It isn't often a hit-and-run accident gives birth to a Silicon Valley startup. But that's what happened when a Berkeley entrepreneur was hit while riding his bike and caught the whole thing on video.

Bruno Gregory doesn't usually record his bike rides. Capturing a video, where a driver knocked him and a friend to the ground and sped off, was pure luck.

"We checked the video and it was great because we got the plate number of the driver and we showed this for the officers and something within 10 to 20 minutes, the police got the guy," Gregory said.

It made him want to record all his rides. He'd get priceless shots, but with hours and hours of down time in between.

"You never have time to go home and watch that," said Graava co-founder Marcelo Dorio. "So you end up like getting lots and lots of good moments lost forever in your computer."

So Gregory assembled a team and created Graava, which means record in Portuguese.

Graava is an action camera with a few extra sensors. It knows when you hit the top of a hill, stop suddenly, or when your heart rate's elevated, if you have a smartwatch.

"And (it) takes that into account to find out if the image is exciting or not," said co-founder Marcio Saito.

Stick it back on the charger and it goes to work, sending the exciting shots to the cloud to automatically edit a highlight reel.

"You go live your life and the camera does everything for you," Saito said.

Though there are lots of action cameras out there, Graava really has one major competitor. And industry watchers say how well it competes with GoPro may have everything to do with how well it replaces video editing systems.

"There's a whole bunch of knockoffs," said TechCrunch senior writer Josh Constine. "But really it's GoPro or nothing. So really Graava just has to show that it can do something GoPro can't.

Constine says GoPro solved one problem, but created another.

While TV and film editors will spend hours editing, most surfers or skiers won't. So the video never gets shared. For Graava, that's an opportunity.

"If the videos that come out of it are great, people are gonna share them everywhere, they're gonna say hey I didn't even have to do any work to do this, Graava did it for me, and other people are gonna buy it,"