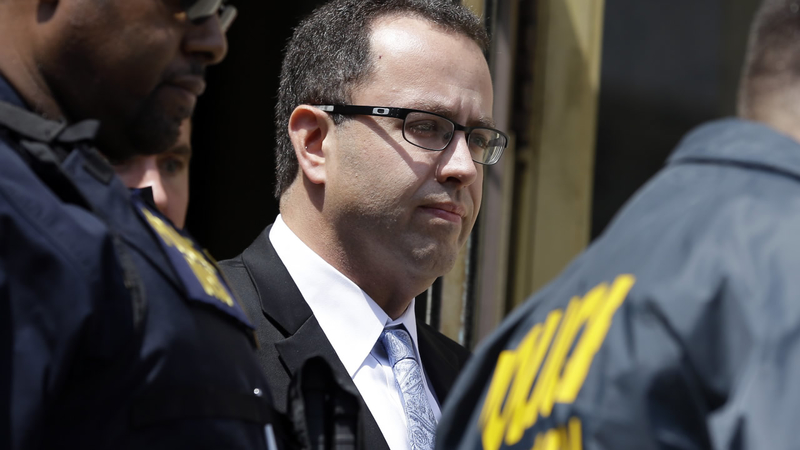 CHICAGO -- Even though Jared Fogle will be going to prison, he appears to have cut quite a deal for himself. Fogle is likely to spent far less time behind bars than the average child pornography convict.

Although the terms are still being ironed out, Fogle will likely receive a sentence of between five years and 12 years, and while that may seem like considerable prison time, it is well below the average sentence for someone who did what he did.

This case comes as there is a national debate in the legal community about whether child pornographers are being treated too harshly.

Outside federal court Wednesday, a few protesters chided prosecutors for agreeing to such a light sentence. Federal authorities could ask for 50 years behind bars but have agreed to go for no more than 12 and a half. Under the deal, Fogle's final sentence could be a small as only five years.

"The five years would certainly be a short period of time," says ABC7 legal analyst and former U.S. Attorney Gil Soffer. "Twelve gets you closer. But if you surveyed the cases involving not just possession of child pornography but actual acts of child pornography, that's light."

According to federal sentencing data reviewed by the I-Team, the average sentence for child pornography producers, which Fogle was, is almost 23 years in prison. The most he will get is about half of that.

The average prison stay for murder in this country is only 16 years.

With 14 underage sex victims and mounds of evidence against the Subway guy, including more than 50,000 pictures and videos, prosecutors haven't said why they aren't pursuing a more aggressive prison sentence.

The I-Team wondered if the public is in some way served by not having a case like this, involving sex with minors, go to trial.

"Well look, trials take time and money," Soffer says. "They take resources of courts and prosecutors office. You also save children and families the pain of having to go to trial where, even if they are protected, their identities are protected, it's still a personally painful process for them. So there is savings in that respect too. Plea bargains have all of those effects."