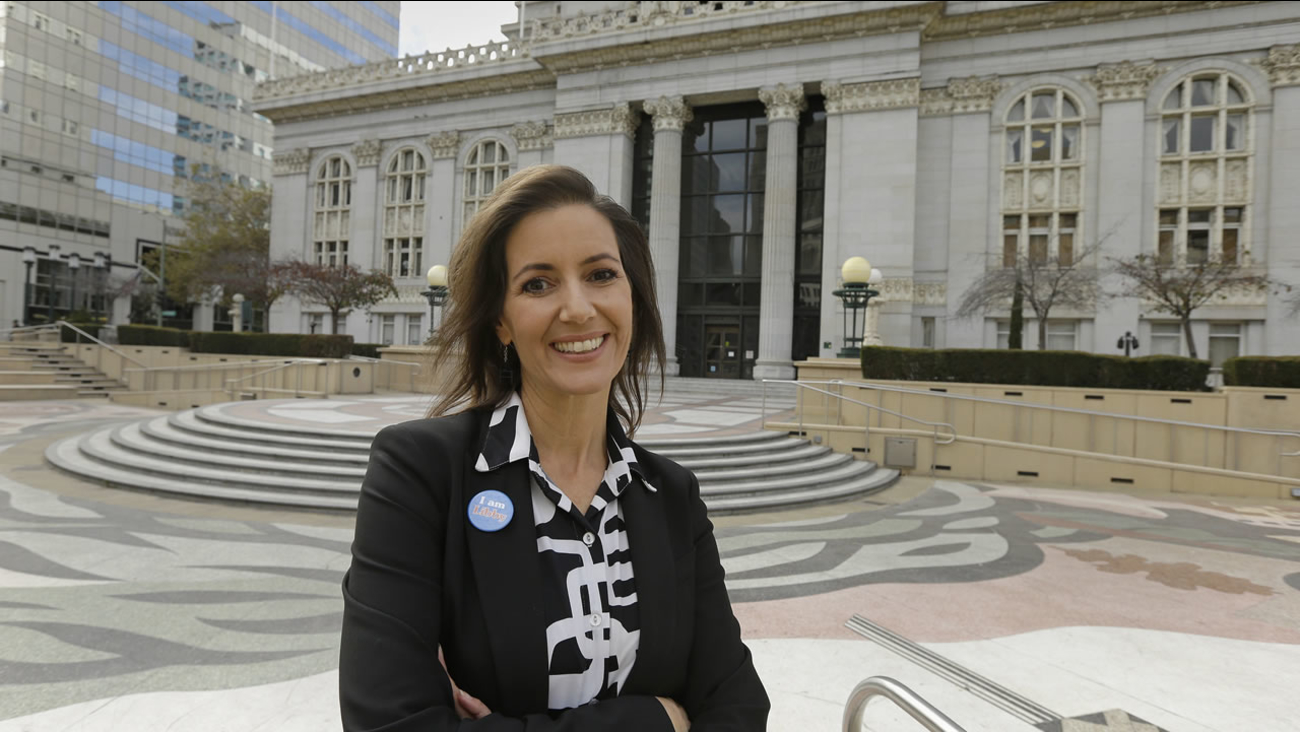 Speaking at a news conference announcing the launch of a new law enforcement pre-academy at Merritt College, Schaaf said, "We want to get more home-grown officers who can be compassionate and effective guardians of this community."

Schaaf said, "We're committed to increasing the number of officers who have connections to the communities they guard and look like the community."

The 13-week program, which starts on Sept. 13 and is the only community college program of its kind in Northern California, is the brainchild of former Oakland police Officer Margaret Dixon, who heads Merritt's administration of justice department.

It will be taught by Howard Jordan, a retired Oakland police chief who's now an adjunct instructor at Merritt, along with more than a dozen active and retired members of the Oakland Police Department and the Alameda County Sheriff's Office.

Jordan said 30 students are enrolled for the first program and there's a waiting list for the next term.

Dixon, who grew up in Oakland and graduated from Castlemont High School, said the idea is for Merritt students to get hands-on training that's needed for rigorous police academies as well as the knowledge they will need to pass the certification test.

She said, "Some people walk out of police academies because (it's) too much for them."

Dixon said she envisions a pipeline from urban schools to Merritt's administration of justice program, where successful graduates go on to well-paying jobs at law enforcement agencies.

Schaaf said she hopes the new program will create more good candidates for Oakland's police academies, which require that participants be at least 21 years old.

The mayor said, "There are jobs available and we're hiring now. Our department is aging and I have committed to growing the department to 800 officers over the next three years."

Oakland Assistant Police Chief Paul Figueroa said he hopes his department can recruit all the people who complete the new program but California Highway Patrol Assistant Chief Amanda Snowden said she hopes to recruit some of the students for her agency as well.

Jordan said he agrees with Schaaf about trying to get more Oakland residents to become police officers in the city.

One of the students in the new program is Jesus Garibay, 22, who grew up in East Oakland and still lives there.

Garibay said, "I grew up in a single-parent household and it wasn't always easy."

He said, "I'm grateful for the chance to work with the ex-chief (Jordan) and for this life-changing opportunity."