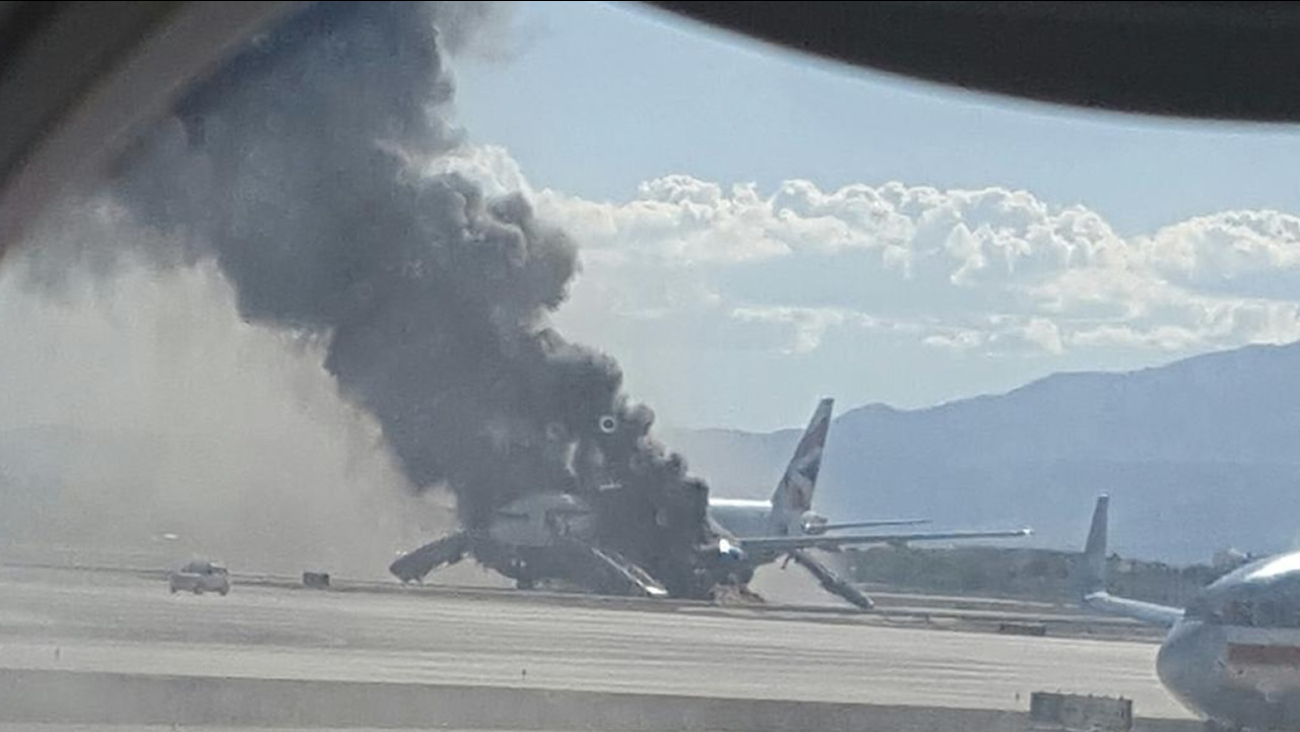 A fire broke out on a British Airways plane in Las Vegas on Tuesday, September 8, 2015. (@ericmhays/Twitter)

LAS VEGAS -- An engine on a British Airways jet caught fire while the plane was preparing to take off from Las Vegas, forcing passengers to escape on emergency slides.

McCarran International Airport spokesman Chris Jones says the 159 passengers and 13 crew members on the British Airways flight had gotten off the plane. The airport reported via its official Twitter account that two passengers were taken to a hospital for minor injuries. The airport reported one runway was shut down, but operations continued at its other three runways.

Just landed in Vegas to see this...plane on fire on the Tarmac...people still onboard and running off! pic.twitter.com/ul10hFFw9j

Clark County Deputy Fire Chief Jon Klassen says the cause of the fire isn't clear yet. He says it didn't appear to breach the cabin.

The Boeing 777-200 was bound for Gatwick Airport near London.

UPDATE 4:22 PM No known injuries and all passengers are off of the aircraft awaiting buses to the terminal. Aircraft was 275-seat B777-200.

UPDATE 4:33 PM -- There were 159 passengers and 13 crew on the flight. Two were transported for minor injuries.

UPDATE 4:35 PM -- One runway @LASairport is out of service. Flight operations continue on the airport's other three runways.