KGO
By Lyanne Melendez
SAN FRANCISCO (KGO) -- He's considered a "gigante" among giants in the entertainment world. On Saturday, iconic Latin American host Don Francisco will present his last show after 53 years on the air. It's the longest running television-variety show in history.

In an interview, the iconic host explains, "My real name is Mario Kreutzberger Blumenfeld and I used to work in a Jewish club doing an impression of a Jewish guy that couldn't speak well the language in Spanish. The name of this guy was Don Francisco."

The name Don Francisco stuck. For the past 53 years it has been a household name in just about every community in the U.S. and in the rest of Latin American.

He was born in Chile. His father was a concentration camp survivor who fled from Germany.

In 1962 he started a TV show in his native Chile so popular that at times 80 percent of the country tuned in.

Years later the show was moved to Miami and broadcasted on the Spanish-language network Univision. The show's name was Sabado Gigante, which means giant Saturday in Spanish. It's often described as an entertainment, interview, and human interest show that's three hours long.

"He maintained the pride in our culture," said Maria Pena with Univision 14. "And one of the things that was so important, and the reason why people loved him so much, is that he is always so positive."

At La Palma Mexicatessen in San Francisco's Mission District, employees told ABC7 News that the 74 year-old Don Francisco has long been an icon in the community.

Sara Gomez said, "Lo admire y lo quiero," which translates to "We admire and love him."

While fellow fan Ramiro Quintana adds, "El carismo, los consejos que daba al public," which amounts to the fact that he likes the host's charisma and advice he offered to viewers.

The host loved his fans right back. In an interview he said, "I'm very honored and very proud of what we did these 53 years. We're closing that cycle, we're opening another one."

Don Francisco has said he wants to leave with dignity. 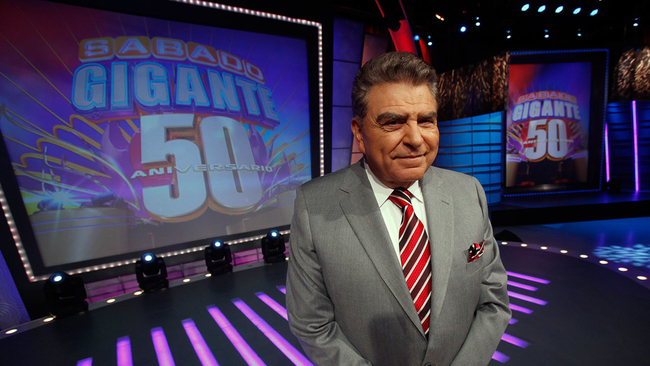