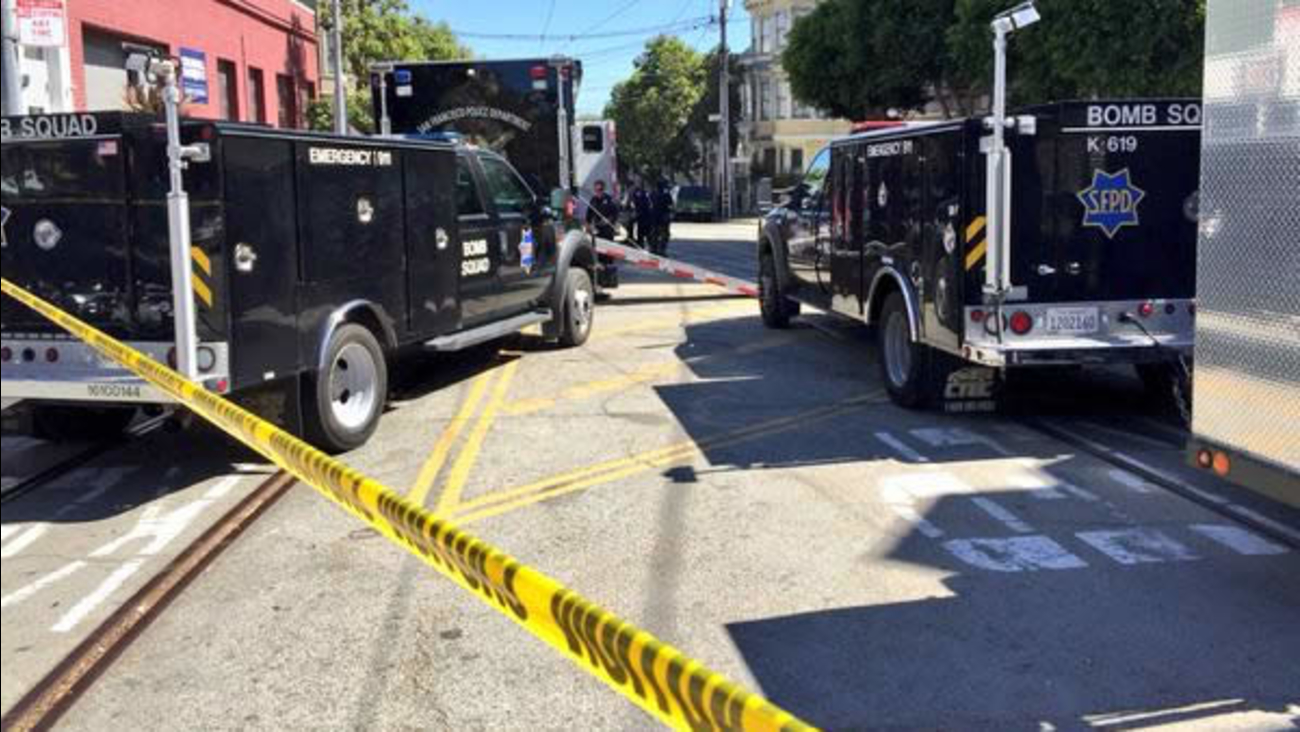 San Francisco police responded to a report of a suspicious device in the Castro District on Wednesday, September 23, 2015. (KGO-TV)

A San Francisco sheriff's deputy spotted the suspicious object on top of a newspaper rack on the southwest corner of 17th and Noe streets around 11:15 a.m., according to police.

The area around 17th and Noe streets was shut down and residents were advised to avoid the area, police said.

The department's bomb squad responded to investigate the suspicious object and an unattended bag found nearby in the 300 block of Noe Street, police said.

Police spokesman Officer Albie Esparza said on Twitter shortly after 1:20 p.m. that there was no danger from the suspicious objects and that police were leaving the scene.