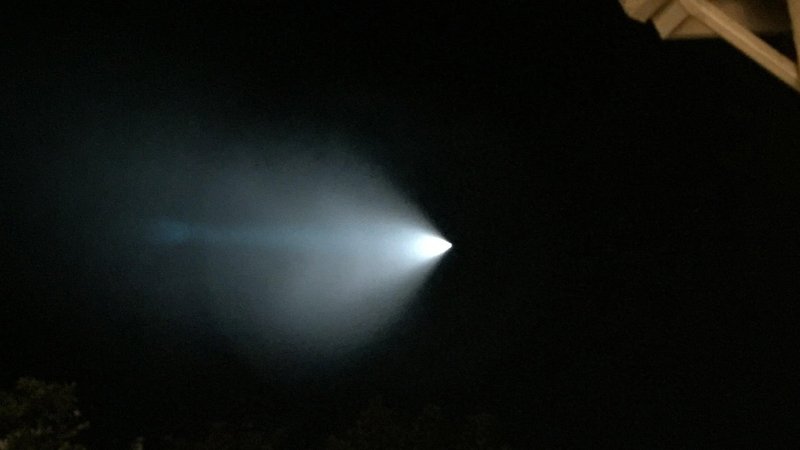 SAN FRANCISCO (KGO) -- The Navy has fired an unarmed missile from a submarine off the coast of Southern California, creating a bright light that streaked across the state and was visible as far away as Nevada and Arizona.

That was also confirmed by the Orange County Sheriff's Department, who tweeted out that the light was a test conducted by the U.S. Navy off the coast.

Bright light that streaked across #California tonight turned out to be a #Navy test missile. https://t.co/S288KJ4eK2 https://t.co/unotPyJli5

Cmdr. Ryan Perry said the launches are conducted on a frequent basis to ensure the continued reliability of the system and that information about such test launches is classified prior to the launch.

Residents from in Southern California started reporting seeing the strange light around 6 p.m. The lack of information about the streak of light led to a flurry of calls to law enforcement agencies and lit up social media as people posted video of the celestial sight.

#LATraffic Alert. Military exercises off of Catalina Island. Lights and lasers can be seen from beach and coastline. No need to call 911

The light was also reported from residents in the East Bay and San Francisco. Some shared their video and pictures with ABC7 News via social media.

If you saw the light, please share your pictures and video with us using #abc7now.