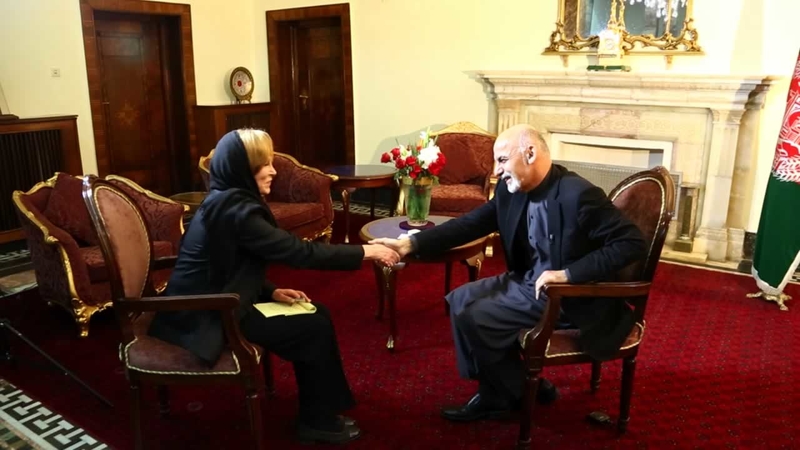 SAN FRANCISCO (KGO) -- ABC7 News Anchor Cheryl Jennings has been away, off the air and off social media, for 10 days on a special assignment -- to Afghanistan -- to interview the new president of Afghanistan.

She traveled with San Rafael non-profit Roots of Peace Founder Heidi Kuhn and President Gary Kuhn -- and they had to keep it a secret for their own personal safety.

She had a one-on-one, exclusive interview with President Ashraf Ghani during the first four months of his new presidency. He has many strong ties to the Bay Area. She also met with four-star General John Campbell who leads the NATO mission to train Afghan security forces. She'll share more about all of this in her upcoming stories.

President Ghani praised the work of Roots of Peace for its agricultural programs there. Roots of Peace had a private meeting with him, prior to the interview. The security they went through to be safe was incredible.

"This is the new normal in Afghanistan. We have to put on body armor, carry a go-bag in case there's trouble, and ride in armored vehicles," Cheryl explained.