Teen copes with illness by learning the art of filmmaking 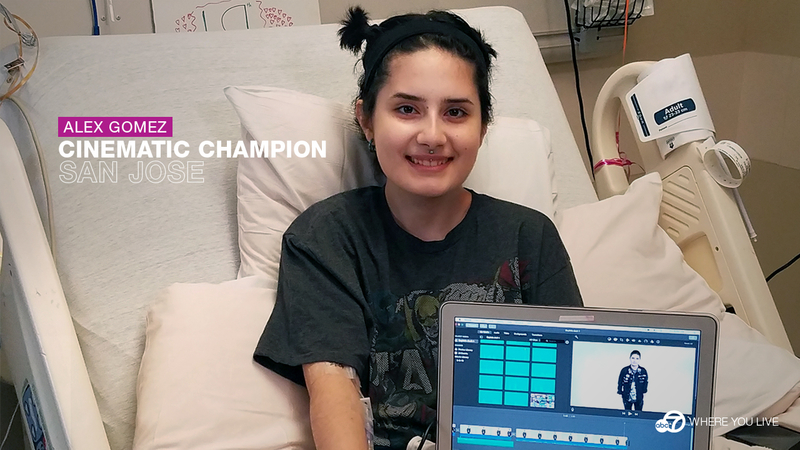 Teen copes with illness by learning the art of filmmaking

But that's not why we've stopped by.

She's actually writing, editing and starring in her own documentary despite being hospitalized.

"It's really tedious work. I really just want it to turn out the way I'm imagining it in my head," Alex said.

Alex became a filmmaker through a Bay Area program called BayKids Studios. Volunteers, often from Silicon Valley's biggest tech companies, have helped more than 5,000 hospitalized kids learn the art of filmmaking as a way to cope with illnesses.

"When this opportunity came up, I said this is exactly what I was looking for," Alex said.

The experience usually lasts a day, but some kids like Alex discover a passion. She's decided to learn every part of the movie-making process.
"It's empowered her. They can't control her illness but this is something they can control and do," Alex's mom, Jenny, said.

The movie is still a work in progress but her trailer was honored in a BayKids event much like the Oscars. "It's been very difficult. Crohn's is a very debilitating disease that not many people know how serious it can be," she said in the trailer.

While you look inside her hospital room, it's easy to miss signs of a budding George Lucas. Not to mention her smile and optimism are pretty distracting. But outward appearances don't tell a person's full story and that's what her movie will be about.

"I want to raise awareness and I want to put it out there that it really is a serious disease. It's not anything simple to deal with," Alex said.

Alex is just 19 years old. She's into typical girl stuff but her poise and fearlessness in the face of a debilitating disease is more than what many adults can muster - that's what makes her an ABC7 Star.

Thank you. Documentaries like Alex's will help countless other kids traveling the same path after her. We can't wait for the premiere!

Meet stars from all around the Bay Area and nominate someone you know at abc7news.com/Stars.

PHOTOS: Meet the stars where you live