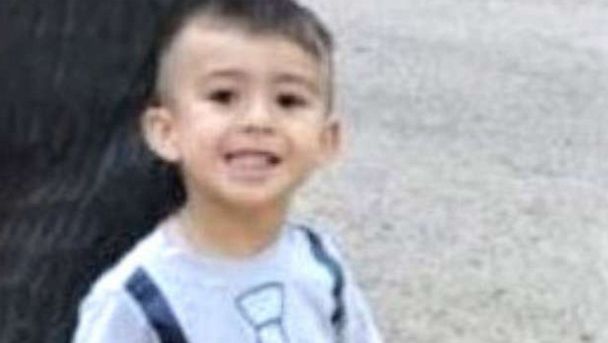 Police in New Mexico are on the hunt for a 32-year-old man, who went missing with his 3-year-old son, after allegedly killing the mother of his child.

An arrest warrant was issued late Wednesday night for Jorge Rico-Ruvira for first-degree murder in the death of 27-year-old Isela Mauricio-Sanchez.

Family members found Mauricio-Sanchez dead inside her home in Roswell on Tuesday morning, according to the Roswell Police Department.

The New Mexico Office of the Medical Investigator believes Mauricio-Sanchez was strangled to death, a spokesman with the police department told ABC News.

After the body was found, an Amber Alert was issued for the couple's 3-year-old son Osiel Ernesto Rico, who was missing and is believed to be with Rico-Ruvira, police said.

New Mexico State Police now believe they may be headed to Mexico, according to a post on the agency's Facebook page.

Osiel "is believed to be in DANGER if not located," police said in a statement.

As of Thursday morning, Osiel is still missing and the Amber Alert is still active. He is 2 feet, 6 inches tall, weighing approximately 40 pounds, with brown hair and brown eyes.

He is believed to be driving a 2003 maroon GMC Yukon SUV with New Mexico turquoise centennial plate MNF231, police said.

Officials said Mauricio-Sanchez and Rico-Ruvira have a history of domestic violence, with the most recent incident occurring in Oct. 2019 when he was charged with aggravated battery against a household member for allegedly choking her.