San Francisco restaurants want police to get tougher on burglaries 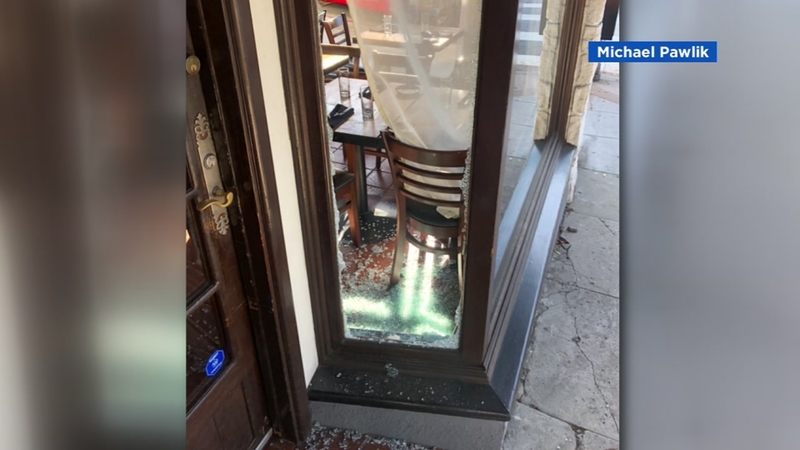 San Francisco restaurants want police to get tough on burglaries

Owner Michael Pawlik says a burglar broke through a front window and made off with several iPads and his collection of culinary knives, which he's been collecting for more than 20 years.

"My first job, when I was 13-years-old, a chef took me under his wings. Taught me how to cook. That's why I am where I am today. He had bought me some knives, and those were in there," says Pawlik. He opened Abrazo just 11 months ago.

His collection of knives is worth thousands of dollars. But Pawlik admits that the break-in didn't shock him.

"Par for the course to be honest with you. I knew it would just be a matter of time with all the recent break in the neighborhoods," says Pawlik.

"Now to see it has escalated to commercial buildings and restaurants in the neighborhood that have been here a long time, it's a worrisome escalation. I haven't really seen any indication that progress is being made to find out who is behind it and police it better," says Holmberg.

Last Thursday, New Russian Hill Market, which is a few blocks away from Abrazo, was robbed of cigarettes and high-end liquor.

Co-owner Ramiz Hinn sent police surveillance video of a masked man smashing the window and climbing in with a duffel bag. Hinn says more needs to be done protect businesses, but to also help people struggling in an expensive city like San Francisco.

"As much as we don't want it to happen again or to somebody else, we still have to address the problem that these people are going through, so they don't have to feel that they have to break into somebody's business or steal what they have. So there is an underlying issue that the city has to deal with," suggests Hinn.

Rebecca Raider, who owns Frascati with her husband, hosted a meeting with Supervisor Aaron Peskin and SFPD Captain Yang.

Rader says she was told that crime is actually down in San Francisco. But Rader believes if these crimes continue to go unsolved, it incentivizes criminals to do more. She adds that it all takes a toll on local businesses.

"You are trying to get ahead, you are just trying to make something of yourself. It's another hurdle to jump. The burglaries do not help. And it doesn't make you feel secure," says Rader.