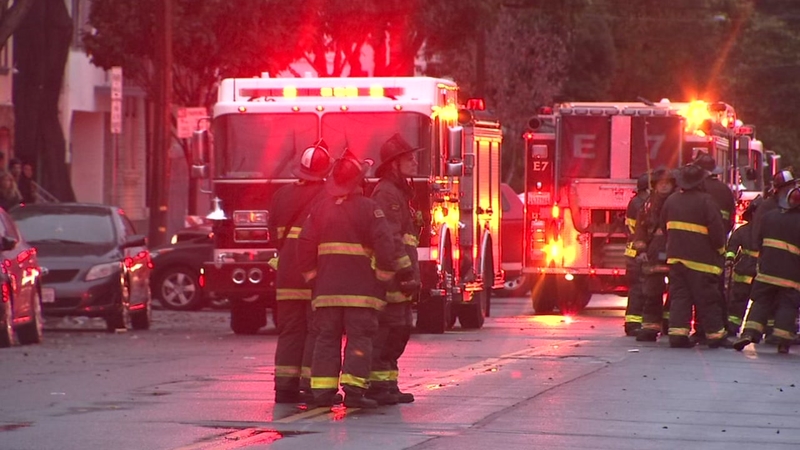 In San Francisco's Mission District, a downed power line fell on top of a man's car and left dozens without power.

"I realized that all those wires were on top of me. I realized that something bad was about to happen," said Mission District resident, Santos Chable.

After seeing heavy winds rock power lines back and forth, Chable's instincts kicked in. He ran out of his car and 45 seconds later his gut feeling turned reality.

"One wire came down and landed on my car," said Chable.

The Mission District resident called 911 and waited across the street. Still shaken he said, "I'm lucky to be alive because the wire came down and touched my car."

For several hours 39 PG&E customers were left without power in the Mission District.

"I saw a flash which I didn't think anything about. It sounded almost like thunder. The lights went out and I thought it was a breaker," said Mission District resident, Brook Hunt.

In San Francisco, less than an inch of rain has fallen since the storm began this afternoon. In areas prone to flooding, several residents hope flood barriers will keep their homes dry.

"It protects this business and all the neighbors and the businesses on this street. They've been flooded in the past, it's ongoing almost every year they have flooding," said San Francisco resident, Andrew Barnett.

Throughout the day, city workers placed flood barriers outside of businesses on 17th and Folsom streets gearing up for the heavy part of the storm.
Report a correction or typo
Related topics:
san franciscowindpower polesweatherwind damagestormstorm damage
Copyright © 2021 KGO-TV. All Rights Reserved.
STORM