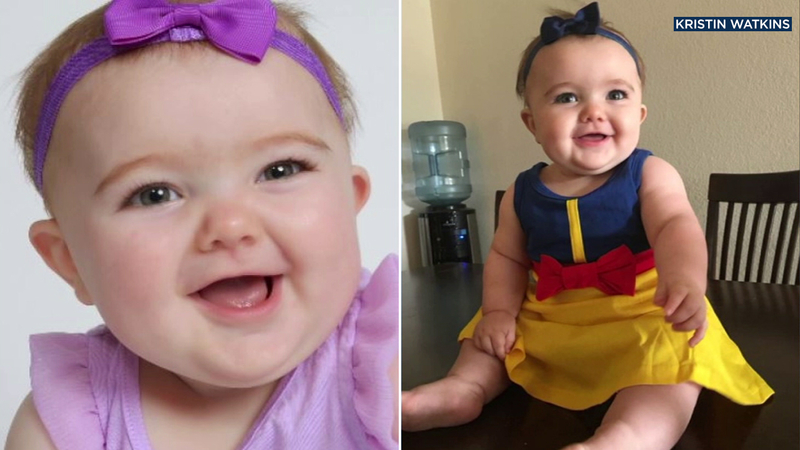 HEMET, Calif. -- An investigation was sparked after an infant died at an unlicensed day care facility in Hemet on Monday, according to officials.

Kristin Watkins said she dropped off her 3-year-old son and 7-month-old daughter, Addison Watkins, at Worman Family Daycare at about 7 a.m. on Monday.

An hour later, she received a devastating call that her daughter was in full cardiac arrest.

"I just want to know what happened to my baby. I just want answers," Kristin Watkins told Eyewitness News.

Crews with the Hemet Fire Department responded to the home in the 1200 block of Stepstone Court and tried to save Addison Watkins, but she was pronounced dead at the hospital.

"I said, 'Addy wake up. Addison wake up for mommy' and then I feel to the ground," Kristin Watkins recalled while fighting back tears.

Authorities said the child had no obvious signs of trauma. Kristin Watkins said her little girl had just received a clean bill of health from her doctor a week ago.

Eyewitness News learned Worman Family Daycare was not licensed through the state. Hemet police said they were working with Child Protective Services and stated their investigation was ongoing.

Kristin Watkins said she began taking her son to Worman Family Daycare when he was just 6 months old. Now, she said she wishes should would've done more research.

"I should've done my background check and I didn't. I failed to do so and now my daughter is not here," Kristin Watkins said as she covered her face. "She was so beautiful."

Eyewitness News reached out to Worman Family Daycare, who refused to answer our questions.