College Board to replace the SAT 'adversity score' on admissions test 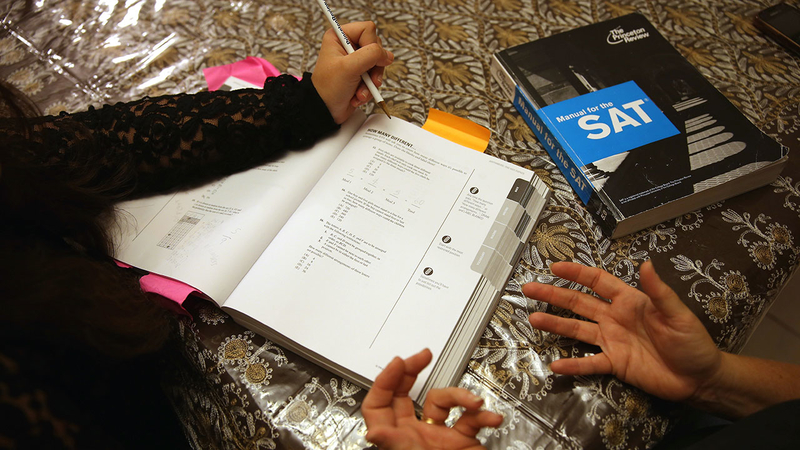 College Board to replace SAT 'adversity score' on admissions test

The company that administers the SAT college admissions test is replacing the so-called adversity score with a tool that will no longer reduce an applicant's background to a single number, an idea the College Board's chief executive now says was a mistake.

Amid growing scrutiny of the role wealth plays in college admissions, the College Board introduced its Environmental Context Dashboard about two years ago to provide context for a student's performance on the test and help schools identify those who have done more with less.

The version used by about 50 institutions in a pilot program involved a formula that combined school and neighborhood factors like advanced course offerings and the crime rate to produce a single number.

But critics called it an overreach for the College Board to score adversity the way it does academics.

"The idea of a single score was wrong," he said. "It was confusing and created the misperception that the indicators are specific to an individual student."

The New York City-based College Board announced several changes to the tool Tuesday, including the decision to give students access to the information about their schools and neighborhood starting in the 2020-2021 school year.

Renamed "Landscape," the revised tool will provide data points from government sources and the College Board that are seen as affecting education. They include whether the student's school is rural, suburban or urban, the size of the school's senior class, the percentage of students eligible for free- and reduced-price lunch, and participation and performance in college-level Advanced Placement courses at the school.

Admissions officers also will see a range of test scores at the school to show where the applicant's falls, as well as information like the median family income, education levels and crime rates in the student's neighborhood.

The tool's creation was an acknowledgment of persistent criticism of the use of admissions tests in an era of concern with unequal access to advanced coursework and high-priced tutors that further advantage those with the means to access them.

Colleges and universities have for several years been acting on the concerns, with an increasing number no longer demanding SAT or rival ACT scores from applicants. More than 1,000 schools, including elite liberal arts colleges, as well as research universities and for-profit schools, are test-optional, according to the nonprofit group FairTest, which argues standardized tests are biased against minority groups.

Yale University piloted the Environmental Context Dashboard, and admissions dean Jeremiah Quinlan said it's a consistent way to see information that its admissions officers have always considered when culling through an application pool of 38,000.

Just over 1,500 students recently arrived for their first year, more than 20% of them eligible for income-based federal Pell Grants, he said. That compares with about 16% before the dashboard and 12% six years ago.

"It helps us identify students who have excelled in their context in a more clear and convincing way than we ever could have in the past," said Quinlan, dean of undergraduate admissions and financial aid.

Eddie Comeaux, vice chair of the University of California's Board of Admissions and Relations with Schools, said the improved clarity and transparency of Landscape addressed some of his initial concerns.

He still worries, though, about potential implicit bias among admissions officers, a problem that predates the context tool and is a focus of his work on the board, which regulates admissions practices.

"We want to look at implicit bias training and the ways in which certain indicators might signal a way in which (application) readers advantage or disadvantage certain applications and consciously or unconsciously not be aware of it," he said.

"I'm less concerned about Landscape," he said, "than I am about those who are making the decisions utilizing Landscape."