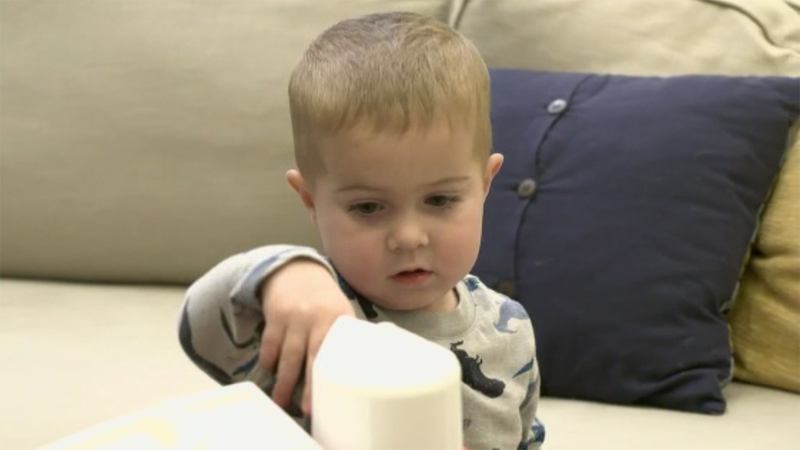 Thanks to a stranger's Facebook post, a mother was able to identify the horrible polio-like illness that was sickening her child -- possibly saving his life.

Three years ago, Rachel Scott's son Braden, then just 5-years-old, suddenly lost his ability to swallow. Days later, he was paralyzed, losing the ability to move everything but his left hand's fingers.

It took a full week before doctors finally diagnosed him with acute flaccid myelitis, or AFM, an extremely rare condition similar to polio.

"He's still fed through a tube because he still can't swallow ... but we're confident that if we had known sooner, we could have stopped it from spreading, and perhaps the effects wouldn't have been as severe," Scott told Good Morning America.

RELATED: Doctors race to find out more about polio-like disorder AFM before next wave of illnesses

Rachel has since been advocating for AFM awareness, sharing Braden's story on Facebook, and that caught the attention of Elizabeth Cardone.

"I remember seeing this and just being struck in my core of this family and what a just horrific and tragic thing they were dealing with. You go from a common cold to on life support," she said.

Then, last month, Cardone noticed similar symptoms in her two-year-old son Corbin. First, he developed a cold, but once he started recovering from his respiratory problems, Corbin suddenly collapsed next to his crib.

Knowing the signs, she messaged Scott, who was then a complete stranger, and asked her what to do.

Using Scott's advice, Cardone asked Corbin's pediatrician if he could possibly have AFM.

Cardone's instincts were right: Her son was diagnosed with AFM, but he was also treated immediately.

Four days after losing his ability to walk, Corbin was on his feet again.

"He ran out of the hospital ... We carried him in unable to walk, and very weak in his legs. He didn't have any reflexes in his lower extremities, and two weeks later he ran out. He's made a full recovery," Cardone said.

AFM is extremely rare and actually spikes every other year.

So far, the Centers for Disease Control confirmed 28 cases this year compared to more than 200 in 2018.