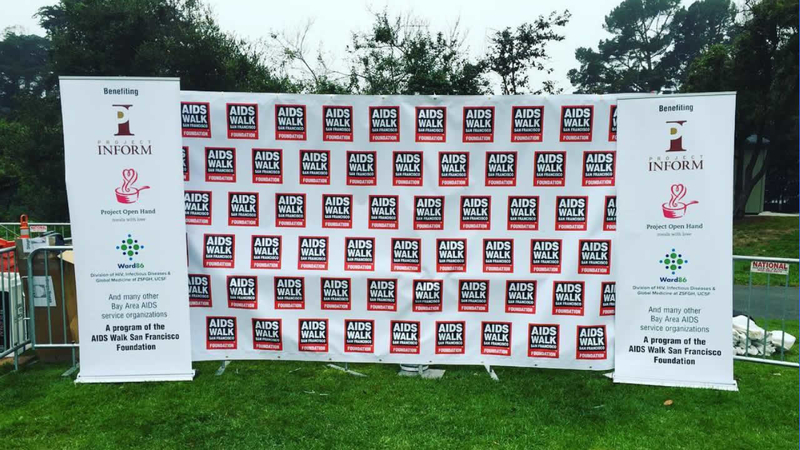 
Since 1987, AIDS Walk San Francisco has raised over $86 million for HIV programs and services in the Bay Area, and has grown into the largest AIDS fundraising event in Northern California.


In 2015, 20,000 participants, many of whom were members of nearly 600 corporate and community teams, raised nearly $2.3 million for Bay Area AIDS service organizations. In 2016, AIDS Walk San Francisco will benefit Project Inform, Ward 86 at San Francisco General Hospital, Project Open Hand and HIV/AIDS programs and services throughout the Bay Area.

The event has raised $86 million in just under three decades.

One of the top walker over the years is Richard McAllister. He's raised over $23,000, who says he walks to "to fight the epidemic."

Registration began at 9 a.m. The walk concluded with a concert mid afternoon.

All participants were asked to use public transportation or carpool as there was limited parking available in the neighborhood around Golden Gate Park.