Air France flight from SFO to Paris diverted to Montreal 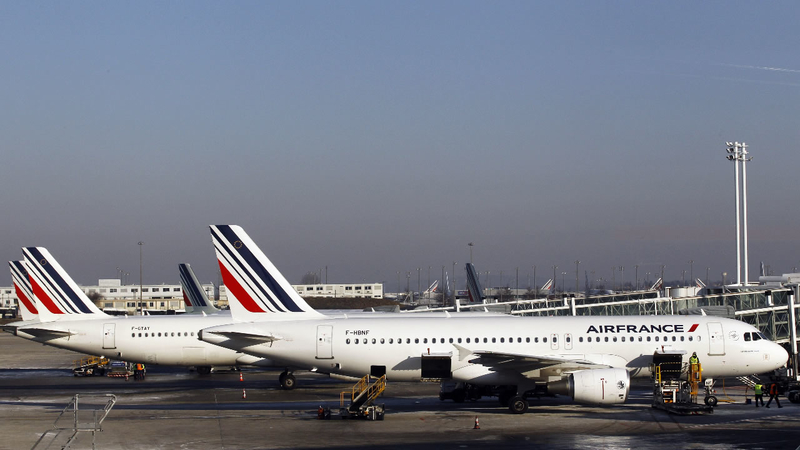 Air France flight from SFO to Paris diverted to Montreal

SAN FRANCISCO INTERNATIONAL AIRPORT (KGO) -- A flight from San Francisco to Paris made an unscheduled stop in Canada overnight because of an anonymous threat.

Air France flight 083 initially left San Francisco around 3:00 p.m. PT Monday. As it was flying over Canada, the pilots became aware of an anonymous threat. Montreal media report police met the plane when it landed around 8:45 PT. Passengers tweeted updates, saying the atmosphere was calm and the crew was great as they all waited to be checked and then escorted off the plane.

All 231 passengers and 15 crew had to get off onto waiting buses, they were checked out and the plane was searched. After a several hour delay, passengers re-boarded and the flight took off about 3 a.m. PT.

This is just the latest in a series of scares for travelers headed to Paris. Just last month, two Air France flights were diverted because of bomb threats.

Waiting to go out #af83 pic.twitter.com/w7Gr9ecsxA

#af83 we will disembark by group of 50 and we will be checked individually as well as the plane pic.twitter.com/tBCu1kg4Yl

#af83 we can see the buses have arrived pic.twitter.com/rLLskow5qd

#af83 update the buses are there but the police is not ready to let us disembark so we have to wait longer...

#af83 cars are moving towards the plane pic.twitter.com/UVG0hCBJSH

#af83 a door is about to be open and we will disembark few person per few person. With individual search. Crew asks us to be patient &calm

#af83 priority given families with young children. Everyone is perfectly calm. Great crew!

#Af83 we are going out pic.twitter.com/11BWn5uRVl

#af83 police asks us to not have any phones or tablets when going out of the plane. So no more coverage for a while

#af83 in the bus... After security check all clear pic.twitter.com/10ZtbWoxf3