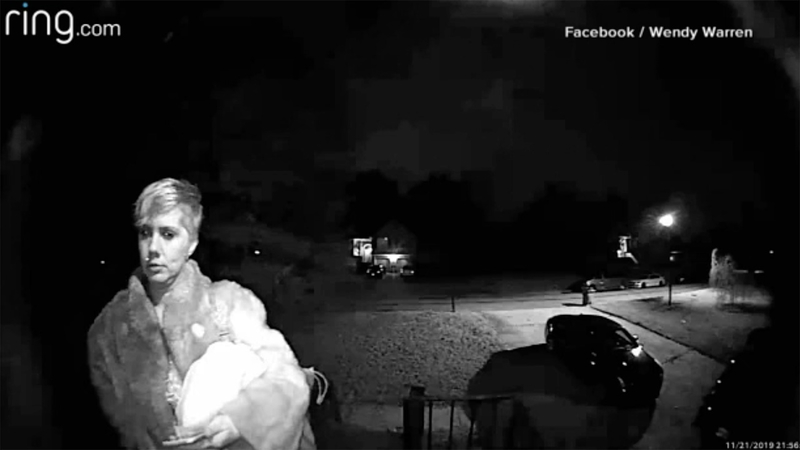 CLAYTON COUNTY, Georgia -- A Georgia woman who rented out her house on Airbnb said her houseguests were caught on camera stealing dozens of valuable family heirlooms.

Wendolyn Warren, of Jonesboro, said she rented out her home for a week and came back to find it ransacked -- a message was written in lipstick on her mirror, and a total of 28 items were missing.

As seen on her Ring doorbell's surveillance video, Warren said a woman was wearing her 91-year-old grandmother's coat. A man is also seen trying to block the camera while the woman loads items into a car.

"They took silverware that's priceless, that came from my grandfather and my mother," Warren said.

Warren told WSB-TV that children also stayed in her home while she was gone, and the guests left behind homework and toys.

Airbnb said it promises to reimburse hosts in cases of guests' theft.

"We are appalled by the reported behavior and are quickly working with the host to initiate a claim through our $1 Million Host Guarantee," the company told ABC News in a statement.