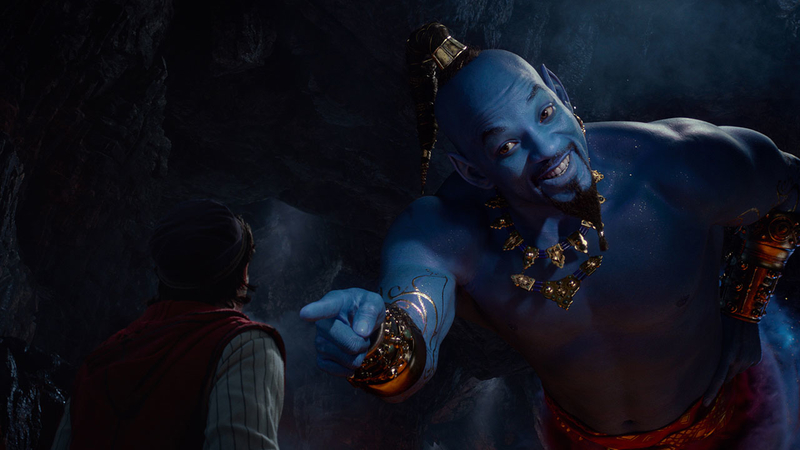 In the first full trailer for Disney's live-action Aladdin, we take a trip on a magic carpet ride with an iconic song.

The film, directed by Guy Ritchie, stars Mena Massoud as Aladdin, Naomi Scott as Princess Jasmine, Marwan Kenzari as Jafar, and, of course, Will Smith as the Genie.

In addition to its more romantic moments, the new 2-minute spot also includes plenty of humorous moments between the title character and his pal Genie.

Check out the new poster for Disney’s #Aladdin. See it in theaters May 24. pic.twitter.com/XlLCWxdulh

Though the full-length trailer is fans' most in-depth look at the film so far, it's not the first look. Smith revealed his genie look during a Grammys spot last month after earlier revealing the look for his human-like disguise.

SEE ALSO: These Disney movies are hitting the big screen in 2019

The new film will have new recordings of the original songs written by Alan Menken and lyricists Howard Ashman and Tim Rice. It will also feature two new songs by Menken with lyrics by Benj Pasek and Justin Paul, the duo known for their work on La La Land, The Greatest Showman and Broadway musical Dear Evan Hansen.