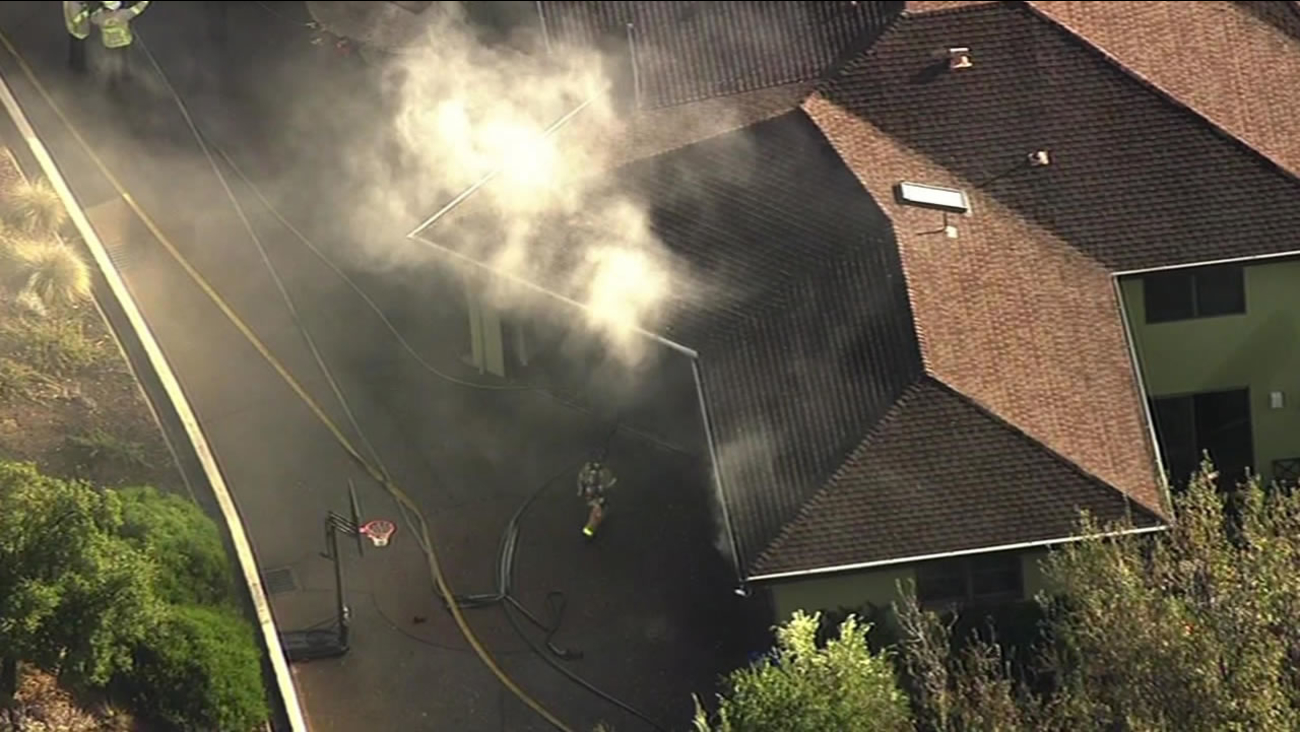 SKY7 HD was overhead as smoke billowed from the roof and firefighters entered the burning structure.

Firefighters responded and contained the fire to the building of origin within 20 minutes, Alameda County fire spokeswoman Aisha Knowles said.

A fire in a vehicle in a garage on the first floor of the two-story triplex building started the blaze, which spread through an interior stairwell to the building's second floor unit.

Two units of the triplex are located on the ground level, with one unit on the second level.

The second story unit sustained damage to the kitchen, deck and attic. The two units on the first floor sustained water and smoke damage, Knowles said.

No one was hurt in the fire, including firefighters, residents and pets. Firefighters rescued one cat at the building.