A new witness who lives in a unit above where the incident happened has also come forward to ABC7 news. pic.twitter.com/hyD0Lh4gG5

They both say the two deputies used excessive force against 29-year-old Stanislav Petrov, who was struck repeatedly by two Alameda County Sheriff's deputies, wielding their batons while the man was on the ground. 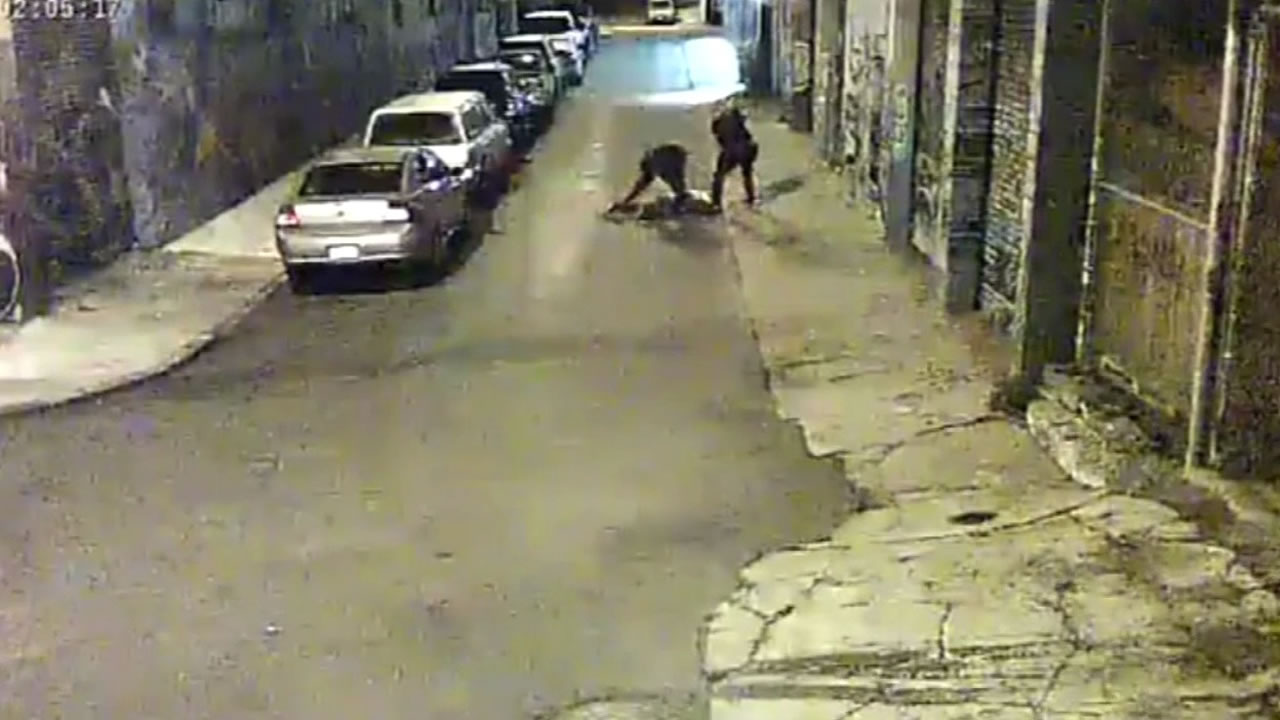 He was tackled in an alley in the Mission District, after he led deputies on a 30 mile chase in a stolen car, even ramming a sheriff's vehicle.

The baton blows came after Petrov appeared to slow down when one of the deputies told him to stop.

Petrov was taken to San Francisco General Hospital where he has been treated for wounds to his head, arms and hands.

ABC7news has learned that the man struck repeatedly by Alameda Co. deputies was moved from SFGH to Santa Clara jail. pic.twitter.com/Y4Japczznc

"In a part of his finger, palms, they inserted medical plates and needles. Some of his fingers will never be able to move," she explained.

Two days ago, Petrov was moved to Santa Clara County Jail where his mother says he was previously in a program for drug and mental issues. She is angry that he was moved from the hospital so quickly.

"He is entitled to intensive physical therapy in order to regain partial movement in his arms," she said.

"They kept screaming to get on the ground, pushing him and beating him continuously," said Rebop Rundgren, who witnessed the beating.

A second witness named Matt Grubisich, who also lives in the alley, has come forward.

"What I saw was a man not resisting arrest. I saw a man being beaten up and the only thing I saw him doing was trying not to get hurt. I mean he was covering himself up," said Grubisich.