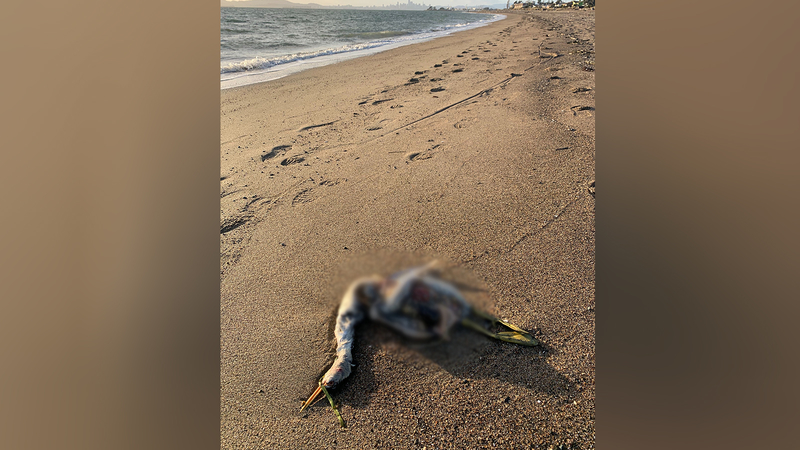 Dead birds washing up at Alameda's Crown Beach, could be linked to king tides

ALAMEDA, Calif. (KGO) -- There's a mystery in Alameda, along the shoreline, that may be related to the recent king tides we saw here in the Bay Area.

A number of shorebirds have washed up in recent days, all it appears, from one species.

John Kabasakalis has been walking along Alameda's Crown Beach since he was a kid and he's never seen anything quite like it before, a half dozen dead birds all near the tide line, all in the last 24 hours.

RELATED: More than 100 birds dead, another 100 injured after flying into NASCAR Hall of Fame: VIDEO

"I was walking down the beach last night and this morning and I saw six of these shorebirds," said Kabasakalis, who was born and raised in Alameda. "I have not seen this before and this was the only species that was dead. All the seagulls, shorebirds, terns, ravens, they're all still running around here."

The birds appear to be the Western Grebe according to the experts at both the Lindsay Wildlife Museum in Walnut Creek and International Bird Rescue in Fairfield.

"There may be a problem with a food source," said Pam Young, who is the executive director of the Golden Gate Audubon Society. ABC7 News showed her the photos and she said the bird deaths are mysterious and troubling.

"That's why it might be a good idea to investigate further and perhaps perform what's called a necropsy," said Young. "In a human, we do what's called an autopsy. The same procedure is done on an animal to determine if it's been poisoned and certainly we'd want to be able to rule that out."

An expert from Lindsay Wildlife told us the deaths may be just part of life, in that the birds were too weak or didn't put on enough weight to make their migratory journey or spend the winter here.

The Bay Area's recent king tides could also be a contributor.

Still, some who frequent Crown Beach worry when they see a number of dead birds, all at once.