'President Trump had mercy on me': Alice Johnson has message for Trump after clemency granted 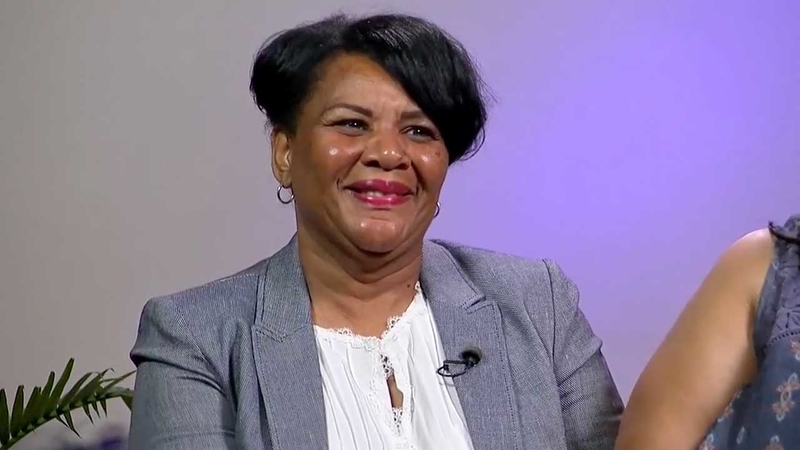 The day after she was released from prison thanks to an appeal from Kim Kardashian West, Alice Johnson told Good Morning America how grateful she is to President Donald Trump for commuting her sentence, and she had a message for him.

"I'd like to tell President Trump that I am so grateful for everything you've done for me and my family. This moment right now is happening because President Trump had mercy on me," she said.

Good luck to Alice Johnson. Have a wonderful life!

Johnson, who had been serving a mandatory life sentence plus 25 years for a nonviolent drug offense, also had a plea for the president to review more cases like hers.

"I would like to tell him that, please, please remember us, the others, who have been left behind. Because there are so many, as you've said, like me, who need to have the opportunity that I've had," she told GMA's Michael Strahan.

The 63-year-old great grandmother has been in prison for 22 years. In 1993, she was arrested and accused of participating in an operation that trafficked drugs, including cocaine, and was involved in money-laundering. Johnson said she allowed others involved in the conspiracy to use her phone and that she also relayed messages for them, but she said she never personally sold drugs.

Johnson was reportedly a model prisoner. She has said that prison guards wrote letters on her behalf and that she has perfectly clean behavior, spending her free time writing plays.

When West heard Johnson's story, she tweeted that she didn't find it fair.

"From the very first, when Kim heard about my story and we connected, we truly had a heart connection with this. She told me that she knew that this was meant to be," Johnson said.

West met with Trump last week in the Oval Office, the culmination of her campaign to free Johnson.

On Wednesday, West got to deliver the news to Johnson that she would be freed.

The phone call I just had with Alice will forever be one of my best memories. Telling her for the first time and hearing her screams while crying together is a moment I will never forget.

Later that day, Johnson was released and reunited with her family.

"I wanted to jump into their arms," Johnson recalled on GMA Thursday. "It was the most exhilarating feeling I've ever had."

Though Johnson said she feels she overpaid her debt for the crime that she committed, she refuses to focus on the past.