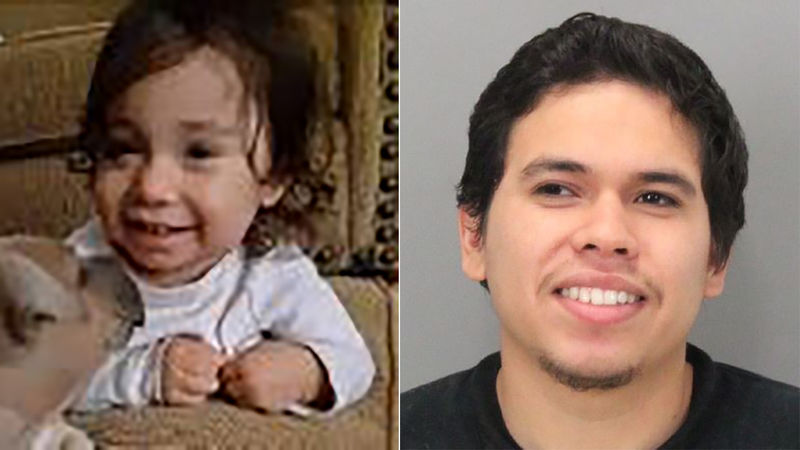 SAN JOSE, Calif. (KGO) -- A little girl is safe after police say she was taken from her home in San Jose by her father Sunday night leading to an Amber Alert.

Those two were found 200 miles away in San Luis Obispo County on Monday when a group of good Samaritans spotted the suspect, Victor Magana, at a gas station.

Magana locked the keys inside the vehicle which gave those people time to place him into a headlock and hold him until authorities arrived.

His two-year-old daughter, Bethanie Carraza, was safe inside the vehicle.

#BREAKING @CHPAlerts & @SanJosePD confirm 2 y/o Bethanie has been found and her father is being taken into custody. Another live update on @abc7newsbayarea in minutes!! https://t.co/EhMgxqJMjs

On Sunday night, Magana allegedly stabbed the girl's mother before taking off with the child.

"My roommates were saying that she was yelling, 'Help! Help! you're going to kill me.' And from there, one of my roommates peeked from the window, saw her hopping over the fence right there," said neighbor Andrew Torres.

They and paramedics found the mother slumped over the trunk of Torres' parked car. She remains in critical but stable condition.

With the child's father in custody and the mother hospitalized, it's expected the girl will be turned over to child protective services until an appropriate next-of-kin can be located and that person's background checked. The process could take days.

"It's not a fast process. It requires screening to make sure that the placement is safe so I think our local child welfare system with the social services agency tries to do what is the least traumatic and the most culturally informed way to help the family," said Next Door Solutions Executive Director, Esther Peralez-Dieckmann.

At Next Door Solutions, a nonprofit organization that supports victims of domestic abuse, a major concern is what trauma the child may have suffered from the mother's stabbing.

Neighbors say they're happy that the child was found quickly by people made aware of the situation by the Amber alert.