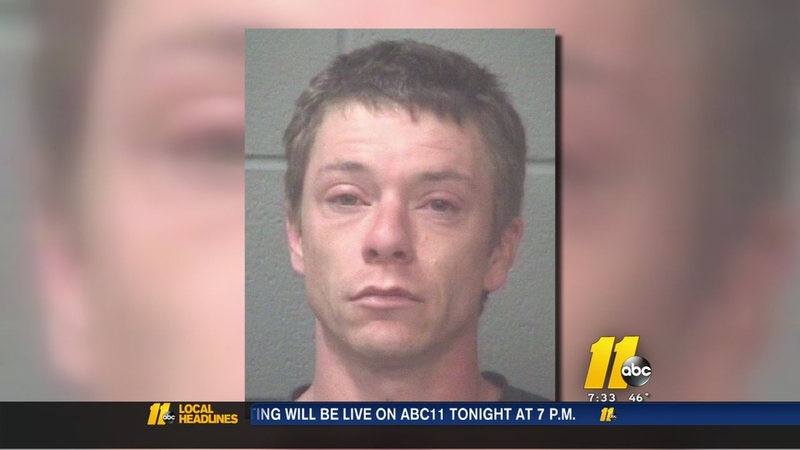 Arrest made in Amber Alert case

ONSLOW COUNTY, N.C. -- A 32-year-old man has been arrested in connection with the disappearance of 3-year-old Mariah Woods, who is believed to be dead, North Carolina authorities and the FBI announced early Saturday. The case had prompted an Amber Alert and garnered nationwide attention.

Earl Kimrey, who lived with Mariah and her mother, was taken into custody by investigators at the Onslow County Sheriff's Office on Friday.

Kimrey was taken before a state magistrate and charged with:

Kimrey is being held in the Onslow County Detention Center under a $1,010,000 bond. District Attorney Ernie Lee has been consulted on the current charges and additional charges could be pending as the investigation continues.

The FBI said because of evidence gathered, it believes that Mariah is dead but no body has been recovered.

"The searches will now shift to a recovery process," the FBI said.

On Friday morning, the search for 3-year-old Mariah intensified with a renewed effort that included hundreds of volunteers.

The search was organized by Team Adam, a program for the National Center for Missing & Exploited Children that provides on-site assistance to law enforcement agencies and families in cases of missing children, according to Onslow County Sheriff Hans Miller.

The search for Mariah entered a fifth day Friday.


Authorities searching for the missing toddler are asking residents to comb through their properties for anything "out of the ordinary" in the hope that someone will come forward with information that leads them to the little girl.

The FBI said Thursday that it is testing "items of interest" at its lab in Quantico, Virginia.

Onslow County Sheriff Hans Miller is urging the public to comb through their properties meticulously for "any clues," including wooded areas or "outbuildings" such as sheds or barns.

"Our goal is to talk to every person who lives in Mariah's neighborhood," authorities said Thursday. "We have spoken to many of them, but not everyone. Some people may not have been home when we tried to talk to them, we will continue to contact everyone to determine if they have any information that can help us find Mariah."

Dive teams have been searching Southwest Creek in Onslow County, Meador said, which is about 3 miles away from where the family lives.

Dozens from the shaken community surrounding Mariah's home turned out Wednesday night for a special prayer vigil at Folkstone Original Freewill Baptist Church. Some of the toddler's extended family members are members of the church.

"They're having some rough moments," said Cliff Wilson, Folkstone's pastor. "They're doing all that they can do and they feel helpless. As a small community that we are, we got to all stick together in this."

Earlier Wednesday, the FBI released surveillance photos of a woman and a little girl who matched Mariah's description, in hopes of identifying the pair.

The FBI later said the woman in the picture did not have any connection to their ongoing investigation to find Mariah.

WCTI spoke with a 23-year-old Newport, North Carolina woman Wednesday who said she was the woman pictured in the surveillance photos.

Jetta Long revealed that her daughter was born with a shortened leg, so she said she understood how her little girl could have been mistaken for the missing toddler.

Mariah's family has said that the 3-year-old struggles to get around on her own and wears leg braces for assistance. Mariah has been missing since Sunday night when her mother put her to bed.

"Please, bring her back ... She's my baby, she's my everything," said Kristy Woods in a press conference. "(I) just to be able to touch her and hold her and not let her go again. I'd give anything."

They said no information is too small or insignificant when looking for the missing child. Those with information are asked to call (919) 455-3113.