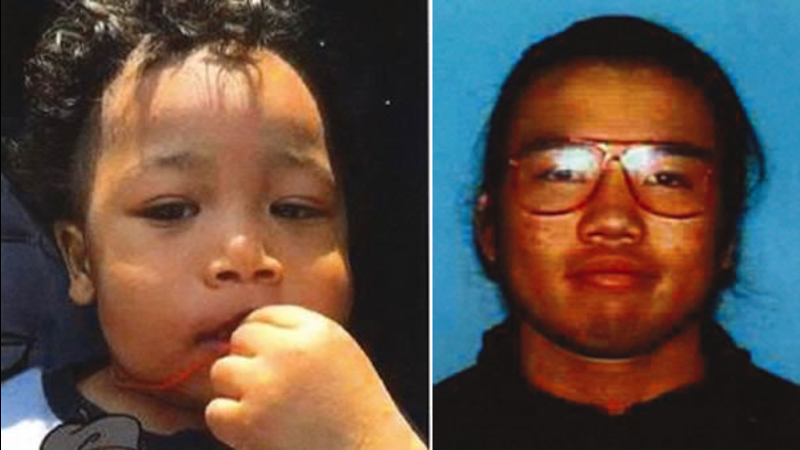 Today's AMBER Alert is deactivated. The child has been safely located, and the suspect is in custody. Thanks to everyone for your help!

"Today's a great day," said Alex Bastian of the San Francisco District Attorney's office. "We have a child reunited with his loving mother."

Lam's Toyota Corolla, the car so many people were on the lookout for statewide, was spotted and towed away. A tip led to the child being found.

The District Attorney's office says Lam has joint custody, but didn't return the child to his Mother Thursday night.

A surveillance camera spotted the father and son at a store in Menlo Park Thursday.

Police say 24 hours passed before police were notified, and as they continued their investigation District Attorney Investigator Rodriguez said, "We realized we needed an Amber Alert."

Lam's sister Mary said he was not suicidal. "I tried to stop him from leaving with the baby."

"He's never had cuts on his arms," she said. "He's never showed signs being suicidal."