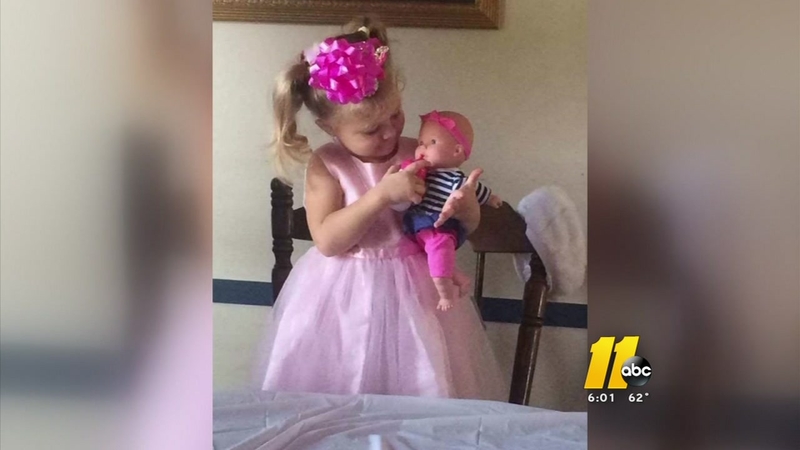 REPORT: Woman says child in photo is her daughter, not missing girl

A North Carolina Wildlife pickup with a boat was seen near the search site where authorities have a road blocked off.

Officials say that they are searching an area that contains a body of water.

In a news conference Wednesday afternoon, authorities asked the public to search around their own homes, barns, and sheds to help look for signs that may help to locate Mariah, adding they should report anything that "looks out of the ordinary."

Meanwhile, authorities now confirm that surveillance photos released by the FBI early Wednesday morning were not of Mariah.

The FBI said the woman in the picture does not have any connection to their ongoing investigation to find Mariah, who disappearance in Onslow County Monday prompted a Amber Alert that has gained national attention.

WCTI spoke with a 23-year-old Newport, North Carolina woman Wednesday who said she is the woman pictured in the surveillance photos.

Jetta Long said she doesn't know Mariah's family, but said she is frustrated that the surveillance photos "may have gotten the hopes of the family up."

Long also revealed that her daughter was born with a shortened leg, so she said she understood how her little girl could have been mistaken for the missing toddler.

Mariah Woods' family has said that the 3-year-old struggles to get around on her own and wears leg braces for assistance.
Mariah has been missing since Sunday night when her mother put her to bed.

"Please, bring her back ... she's my baby, she's my everything," said Kristy Woods in a press conference. "(I) just to be able to touch her and hold her and not let her go again. I'd give anything."