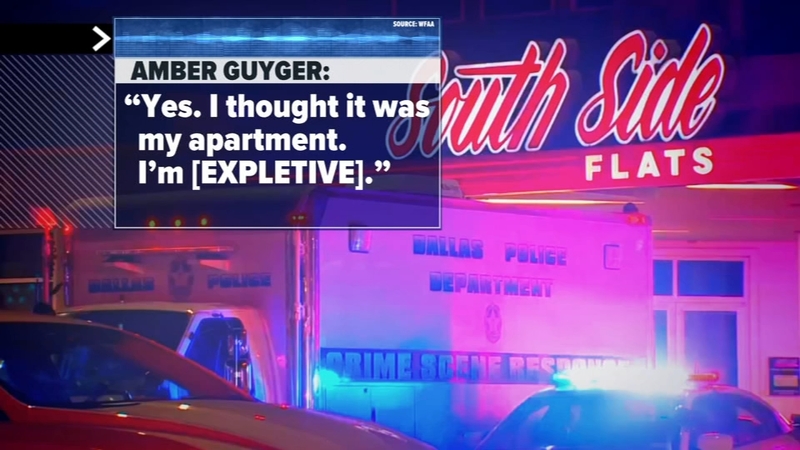 DALLAS, TX. -- The 911 call a Dallas police officer placed moments after police say she shot and killed an unarmed man in his own apartment has been released.

Amber Guyger, 30, was charged with the murder of 26-year-old Botham Jean after the shooting last September.

In the 911 call, Guyger says she shot him because she thought it was her own apartment.

"I'm going to lose my job," she told the dispatcher. "I thought it was my apartment."

She told police she opened the door and saw a "large silhouette," which she thought was a burglar, according to an arrest warrant affidavit.

She allegedly told the dispatcher 19 times she thought she was in her own apartment after returning home from a 14-hour work shift.