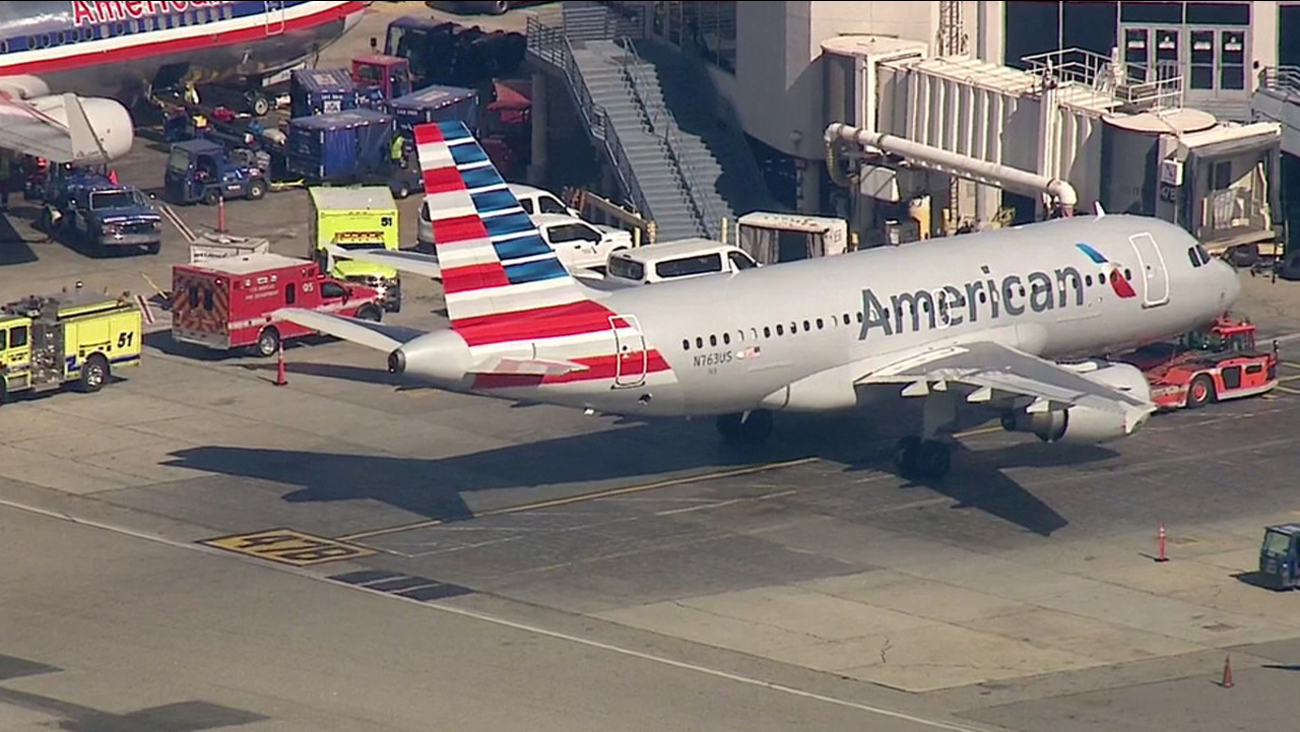 An American Airlines plane sits on the ground at Los Angeles International Airport Thursday, Feb. 11, 2016 after being diverted due to a mechanical issue.

LOS ANGELES -- An American Airlines flight headed from San Jose to Phoenix was diverted to Los Angeles Thursday morning because of a mechanical issue.

Flight 564 made an emergency landing at Los Angeles International Airport at about 11 a.m. as a result of the issue, fire department officials confirmed.

Five crews members and 125 passengers were on board the Airbus A319. The flight departed San Jose at 9:50 a.m. and was scheduled to arrive at Phoenix Sky Harbor International Airport.

One person was transported to a local hospital after landing at LAX, and a maintenance team was called to resolve the issue.

"We apologize to our customers for the inconvenience, and are working to get them to Arizona as soon as possible," American Airlines said in a statement.

No further details were immediately released.