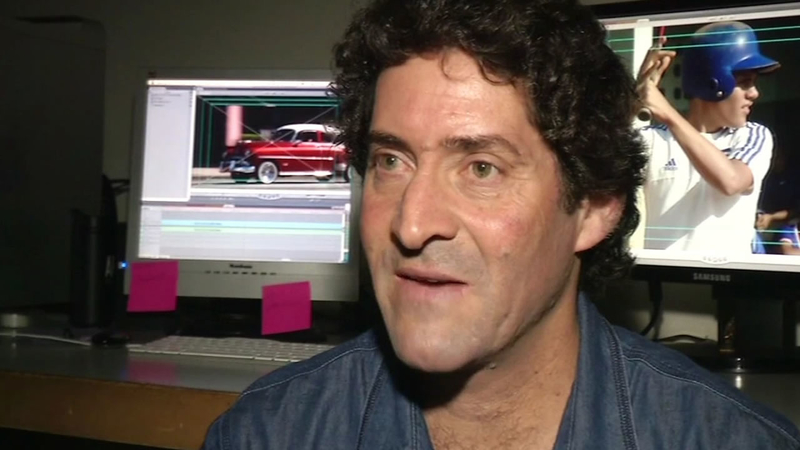 BERKELEY, Calif. (KGO) -- A Bay Area filmmaker returned to Berkeley overnight after getting the rare chance to screen his film at a festival in Cuba. And his timing was more fortunate than he could have ever imagined.

"'Havana Curveball' follows the journey of our son, who at the age of 13 decided to repay a debt of gratitude to the country that saved his grandfather's life, Cuba," filmmaker Ken Schneider said.

For young Mica, it began as a community service project that was part of his Bar Mitzvah studies. His grandfather had escaped The Holocaust by fleeing to Cuba.

"My grandpa told me that when he was in Cuba, he would see kids playing baseball everywhere with mitts made of cardboard and balls made of rocks in tape," said Mica.

So Mica vowed to donate a shipment of proper baseball equipment to Cuban kids and soon realized it was easier said than done.

"It's a country under sanctions by the United States. We don't have open trade with them," said a woman in the film.

"If you want to take a risk and do something that's outside of a licensed activity, as a lawyer I can't advise you," said a man in the film.

The story of his journey earned what could be the ultimate honor.

"We were invited to attend the Havana International Film Festival. It's one of the two biggest film festivals in Latin America. It's a big honor, very few Americans screen there," filmmaker Ken Schneider said.

Schneider got permission to legally travel to Cuba for the screening and what timing he had.

"I was having lunch at one of my favorite eateries with a Cuban friend and we saw the announcements by Raul Castro and President Obama," Schneider said.

"And my opening remarks were, 'Everything has changed, right?' And they erupted in applause," Schneider said.

"When the credits rolled at the end, there were tears and the first question actually after our screening was -- how did you possibly arrange it? Of course it was sheer luck," Schneider said.

He says hope was in the air and he's hopeful, that with trade barriers falling, he can make his next film together with Cuban producers. As for Mica, who's now 15, his hope is to spread the love of the game.

"Maybe we'll help somebody get into the big leagues, you never know," Schneider said.