American hero Alek Skarlatos talks about Dancing With the Stars, being an instant celebrity 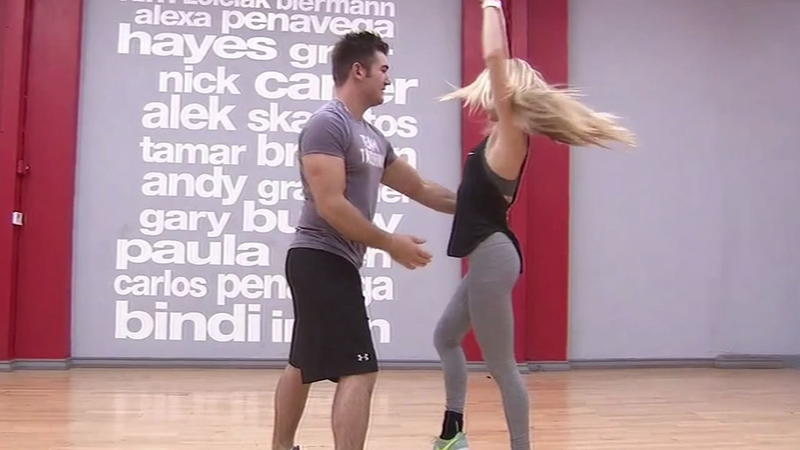 American hero Alek Skarlatos talks about Dancing With the Stars

SAN FRANCISCO (KGO) -- Before national hero Alek Skarlatos competed on Dancing With The Stars Monday, he gave ABC7 News an inside look at his rehearsal along with what life has been like since that fateful day when he and two of his friends helped stop a potential terror attack on a train in France.

It's not every day a rising star remains relatable. "Life can change in a heartbeat for better or for worse," he said.

Over the last three months, Army National Guard Specialist Skarlatos has experienced the ebb and flow of life on a national stage. Navigating both, he says he recognizes his new responsibility as a role model. "I guess there's a lot of pressure to be a good person and act a certain way, when again, I'm just a regular guy. I just didn't want to die on a train in France you know," he said.

Skarlatos became known as a national hero in August when he, along with Airman First Class Spencer Stone and Anthony Sadler, thwarted a terrorist attack on a Paris-bound train. "Now, me, Spencer and Anthony are kind of thrust in the situation that we never expected to be in or didn't plan on being in and now we're trying to act accordingly," he said.

Not many 23-year-olds are recognized by two countries' presidents.

These days Skarlatos is competing for a very different accolade -- the coveted Mirror Ball Trophy. "I think that we can win the whole thing if we concentrate on it, put a lot of time in and really kind of take all the critiques to heart," he said.

His partner Lindsay Arnold is by his side for the journey. "He can really just come out there and just show America who he is and that makes me really proud," she said.

They call themselves Team Takedown. "You form such a bond when you're together this much," Arnold said.

This is the kind of friendship that lends itself to teasing one another. Skarlatos is known for making sound effects while he dances.

Woodrow: "I have to ask if you think perhaps you would be a bridesmaid at Emma's wedding one day, maybe to Alek?"
Arnold: "Ha ha, I'm sure Alek would be all over that."

Skarlatos and Slater danced together week five during partner switch up. "I wouldn't exactly call it a date, but back when we were still in Oregon we went out to Greek food and I took her to some waterfalls," Skarlatos said.

Skarlatos went to Roseburg, Oregon following a deadly shooting at Umpqua Community College where he's a student. He would have been on campus during the shooting had it not been for Dancing With the Stars. He said, "I sympathize now with people who their lives changed negatively."

"I kind of want to do something with like victims of terrorist attacks and things like that or just random acts of violence because that's kind of the one thing that's hit home with me," Skarlatos said.

He's a self-proclaimed regular guy who's become an American hero, along with another role he never expected - dancer.

And to celebrate a successful pivot, Skarlatos also revealed another move he often shares with Arnold on the dance floor, the Top Gun High Five.