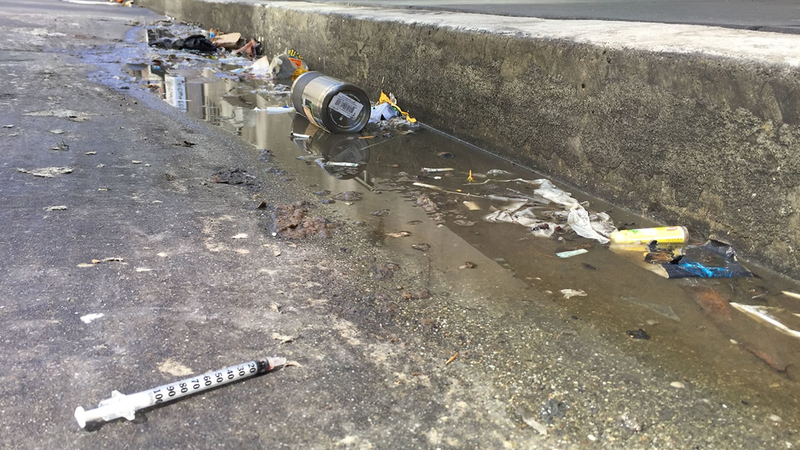 SAN FRANCISCO (KGO) -- Dirty streets and sidewalks are one of the biggest complaints of people who live and work in San Francisco, yet a recent analysis shows San Francisco spends substantially more money than most other large cities on the effort to keep them clean.

The analyst compared San Francisco to 11 other cities, which allocate on average $8 million a year to clean their streets and sidewalks.

The analyst points out that San Francisco shells out more bucks, but gets more in return.

SF spends way more bucks on dealing with trash like this than nearly a dozen other cities surveyed. SF also got 77k calls for service last year-compare that to San Jose 9k, Chicago 1,271 pic.twitter.com/dG5eNBGY49

"We measured five core services and in the other cities none of them provided all the services multiple times a week like San Francisco, so it's a higher level of service," Fred Brousseau, Director of Policy Analysis said.

RELATED: San Francisco's new 'poop patrol' will try to find waste before you do

Those core services include power washing, cleaning up homeless encampments and responding to complaints. When it comes to service calls, which is another factor contributing to the higher costs, San Francisco is way out front answering 77,000 calls last year.

No one can deny, many city streets remain dirty despite a 24 hour, 365 day a year operation. Mayor London Breed believes the solution will take more than money.

"It's about loving our city. it's about taking pride in our city, cleaning up our city," Breed said.

SF spent $35-million last year- 3 or 4 times more than other major cities to clean the streets. Why and what do residents get for the money? pic.twitter.com/DnTEKqGi9x