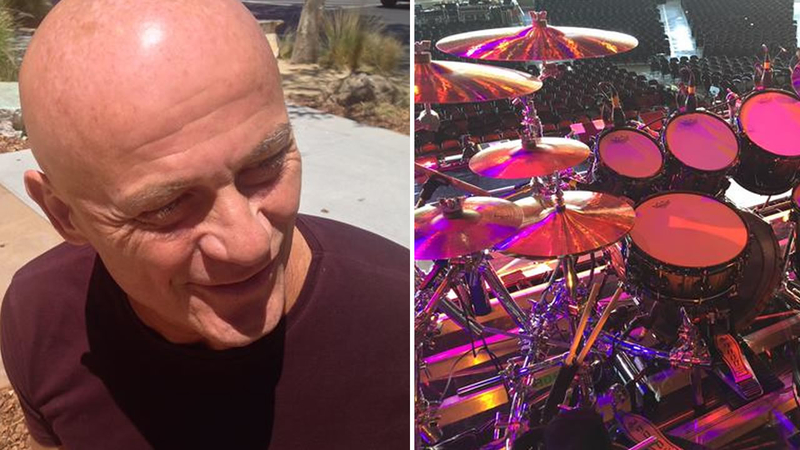 CONCORD, Calif. (KGO) -- The longtime drummer for the rock band Chicago will take the stage Wednesday at the Concord Pavilion, but he's shed his rock and roll past and is now on a crusade against tobacco.

The drummer for the legendary band, Tris Imboden, is now a leading anti-tobacco activist. His passion comes from his own experience as a cancer survivor.

Imboden is the heartbeat of the band Chicago, but thanks to a bout with lung cancer seven years ago, Imboden performs without most of one lung.

"Gratefully, I've been blessed with an enormous lung capacity considering I'm now minus two-thirds of my right lung," Imboden said.

Like so many rock and roll musicians, partying and smoking cigarettes was just part of the lifestyle.

But now that he is a rare lung cancer survivor, his band has gone tobacco free and Imboden has become a volunteer spokesman for the American Cancer Society's Cancer Action Network.

"I pray that there will be fewer people who have to endure what I've been through," Imboden said. "It's certainly no walk in the park."

The 64-year-old has testified before congress and in California. He's involved in efforts to pass a series of bills that would raise the smoking age to 21, regulate e-cigarettes and increase the tobacco tax to $2 per pack.

"We have not raised taxes on cigarettes since 1993 and this is the healthy state," he said.

After all, after his own close call Imboden knows that the band plays on only as long as its heart beats.