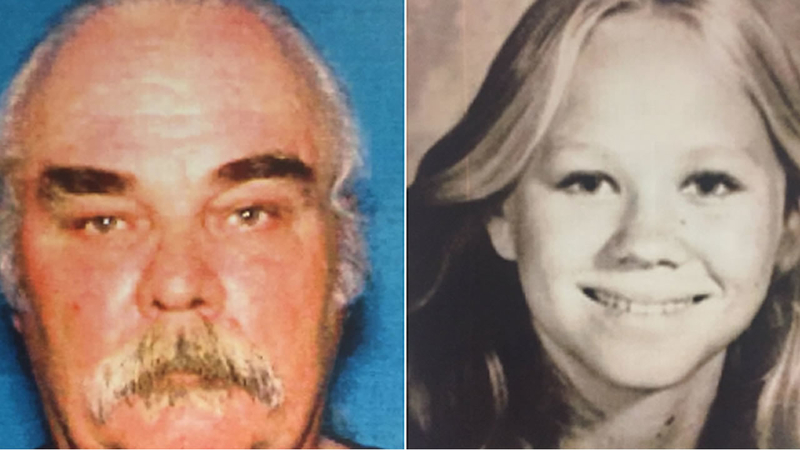 ANTIOCH, Calif. (KGO) -- For nearly four decades Antioch police searched for a 14-year-old girl's killer. The suspect is in custody Monday. Thanks to advances in DNA technology, police say Antioch's oldest unsolved murder has been solved.

"We never gave up on bringing this case to a successful resolution," said Antioch Police Chief Tammany Brooks.

Thirty-seven years later, there has been a break in the case that had the entire Bay Area on edge.

Suzanne Bombardier was only 14 years old when she was kidnapped, raped and murdered.

Sixty-three-year-old Mitchell Bacom, an Antioch resident who knew the Bombardier family, was arrested for her murder.

"While we were ecstatic that an arrest was made in this case, it will not bring Suzanne back to her family's lives," Brooks added. "Our thoughts and prayers are with Suzanne Bombardier's family and we hope this development offers some level of comfort to them."

Police say Bacom kidnapped Bombardier from her sister's apartment on Hudson Court while she was babysitting her nieces.

They say he raped her before stabbing her in the chest, which penetrated her heart.

Bacom had long been on the department's radar, but investigators were only able to recently link him to the crime after several rounds of DNA testing.

"Justice may not have come as swiftly as we may have hoped or liked but we will continue to work diligently on this case and hopefully justice will come," said Contra Costa County District Attorney Diana Becton.

Investigators are now trying to determine if his DNA can be linked to other unsolved cases.