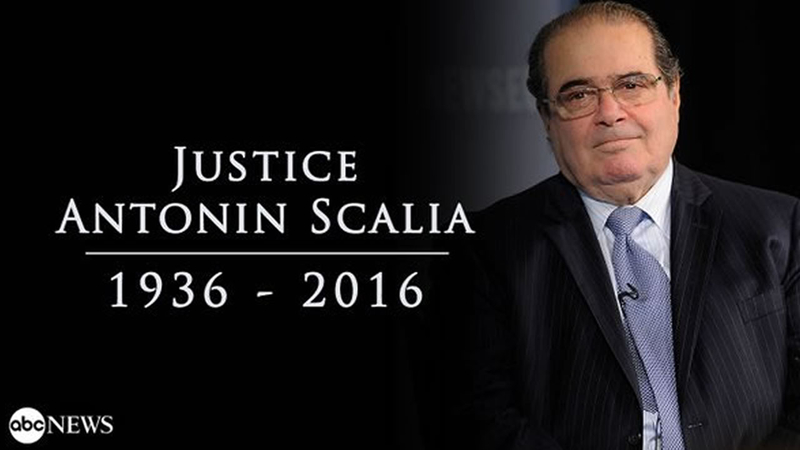 WASHINGTON (KGO) -- For those who knew Supreme Court Justice Antonin Scalia, his passing is a shocking loss.

He was an intellectual heavyweight on the Supreme Court and his death has just ratcheted up the stakes in American politics beyond the presidential race.

Justice Scalia was often the most forceful and eloquent voice on conservative decisions.

University of California Hastings law professor David Levine spent a summer with Justice Scalia as a visiting professor in Sienna, Italy. Despite Scalia's reputation as a conservative firebrand, Levine says he was a charming man to spend time with, a person who was unafraid of sharing his point of view.

He says Scalia's passing has significantly raised the stakes in the United States presidential race.

"You've got a presidential election coming up and because everybody knows that this slot could change the balance of power of the Supreme Court for decades to come, so the stakes could not be higher," Levine said.

RELATED: Obama to nominate Scalia successor in 'due time'

A president versus senate stand off could also focus attention on senatorial races. Republicans are defending more seats than Democrats this year.

Pres. Obama on the passing of Justice Scalia: "He was a larger than life presence on the bench." pic.twitter.com/SXC9kD1set

Saddened to learn of the passing of Justice Scalia, who made history as first Italian American named to the SCOTUS. https://t.co/KV7u52pQ6I

.@SpeakerRyan on Justice Scalia: “I learned so much from this man…I looked up to him.” https://t.co/5KneXYbr7s pic.twitter.com/aQQxfUmsVk

The president will nominate someone to replace Antonin Scalia, sources tell me. (Not a surprise but given the debate thought worth checking)

Pres. George W. Bush on Scalia: “He was a a towering figure and important judge on our Nation's highest court." pic.twitter.com/RUwPvVTdSk

Justice Scalia has passed away. We send our sincere condolences to the Scalia family.

Breaking: Local news carrying unconfirmed reports that Justice Scalia has passed away. We are attempting to confirm.

Devastating lose of Justice Scalia. A legal giant who steered the Supreme Court onto the Constitution. God Bless him.