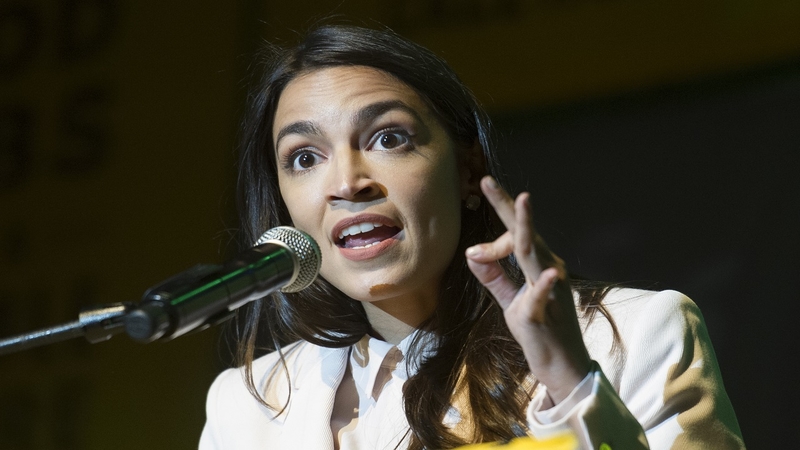 JACKSON HEIGHTS, Queens -- A man is in custody after police say he trespassed in the building where Congresswoman Alexandria Ocasio-Cortez has a district office in Queens.

On Saturday afternoon, police responded to a trespasser inside 74-09 37th Avenue in Jackson Heights.

According to the NYPD, the man was then observed holding a broken bottle and going into a utility closet.

He was taken into custody and taken to Elmhurst General Hospital. Hashi is charged with menacing, criminal mischief and criminal trespassing.

Police say he never gained access to any of Ocasio-Cortez's offices.