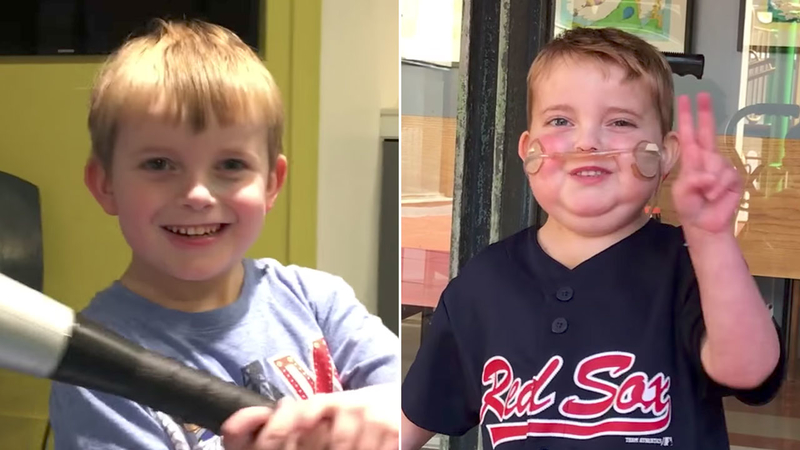 Ari Schultz, who touched thousands with his infectious enthusiasm at the news that he could go home after 189 days in the hospital, has died at age 5, his family announced.

Ari Schultz, the little boy known for his infectious enthusiasm at the news that he could go home after 189 days in the hospital, has died at age 5, his family announced.

"Ari passed away peacefully this evening listening to the Red Sox," the post reads.

In March, Ari learned he was getting a heart in a sweet video that was watched by hundreds of thousands.


Ari was diagnosed with heart disease before he was even born, according to the family's blog. At the time of his transplant Ari had been in the hospital for four months due to congestive heart failure.

Then in June, the family recorded another heartwarming moment. Ari found out he would finally get to go home.

After spending 189 days in the hospital and receiving a heart transplant, five-year-old Ari Schultz receives some news he's been wanting to hear.

That video was watched by over a million people on Facebook.

In a July 20 blog post, the family shared all the fun activities that Ari had gotten to do since coming home. The big Boston Red Sox fan had been visited at home by catcher Christian Vasquez and shortstop Xander Bogaerts. They invited him to throw out the first pitch at a game in August.

Shortly after sharing that post, his family updated it to say that Ari had been taken to the hospital after a seizure in the middle of the night. He passed away the next day.

After the family shared the news of his death on Facebook, the post was flooded with comments of support and love.

"I'm so sorry to hear of Ari's passing. So many people loved this little Angel. RIP sweet baby," reads one.