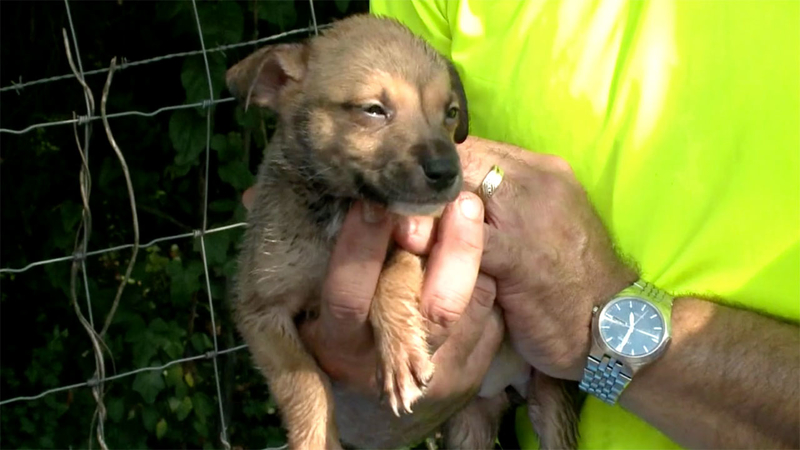 VAN BUREN, Ark. -- An Arkansas animal control officer rescued six puppies left for dead in a sealed plastic bin that had been tossed into a dumpster.

Residents who lived in a nearby apartment complex alerted authorities after they began to hear crying inside the dumpster. The officer who found the dogs gave them water, and they are expected to be okay. They were sent to live with a volunteer foster family while they recover.

"We've had people bring in dogs that have been beaten and some found with a chain marks. One was just brought in with a chain around its neck that was also hooked to a large tire," Tom Hill with animal rescue organization Almost Home told KHBS-TV. "It makes us angry, but we think about the dogs more than the people."