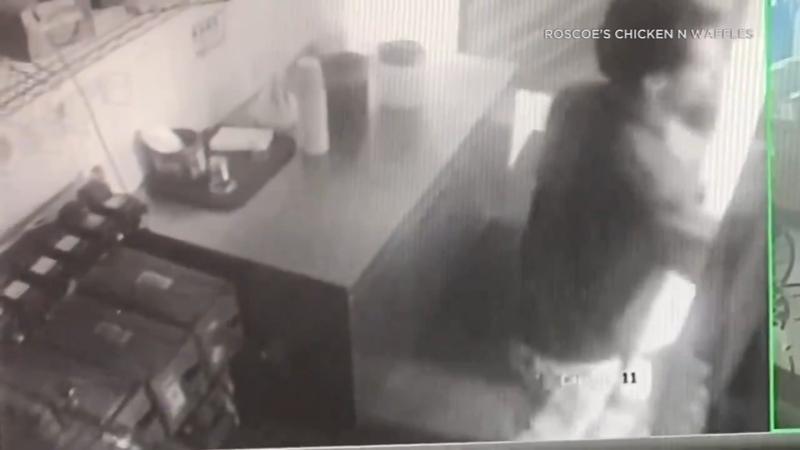 PASADENA, Calif. -- A maskless man was denied service at a Roscoe's House of Chicken and Waffles - so he returned with a gun, authorities say.

The man showed up at the back of the Pasadena restaurant, demanded all the chicken and waffles they could give him and ran off, police and store officials say.

He remains at large.

The incident happened at the Roscoe's location on Lake Avenue in Pasadena around 5:40 p.m. Wednesday.

Police and restaurant officials say when the suspect first walked into the restaurant to order, he was turned away because he wasn't wearing a mask and was told he could return if he was wearing one.

Instead, he showed up at the back of the restaurant with a gun. At first restaurant staff was confused as to what he wanted because the cash registers were in front.

But he demanded they turn over food - chicken, waffles syrup - to him. No word on exactly what quantity of food he was able to grab, but the man ran off.

No one was injured.

Pasadena police are looking for the suspect and ask anyone with information to call them at (626)744-4501.

Police say the customer attacked the worker, throwing food and other items at him.