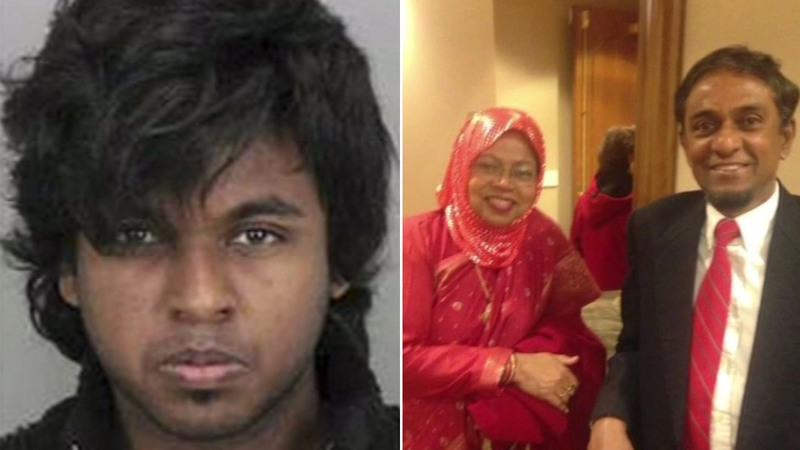 SAN JOSE (KGO) -- Two sons of a San Jose couple found fatally shot over the weekend have been booked on murder charges.

A source said chilling messages had been written on the walls and floor at the murder scene. According to the source, the messages said "Sorry, my first kill was clumsy," and "I can't be like you telling a lie. I can't love someone without telling them."

Earlier this week, police had said they wanted to find Hasib, but at that time he wasn't a suspect. Police say Hasib was arrested in Tracy and his brother was arrested in San Jose.

The oldest son is scheduled to make his first court appearance tomorrow.