KGO
By by Sergio Quintana and Lisa Amin Gulezian 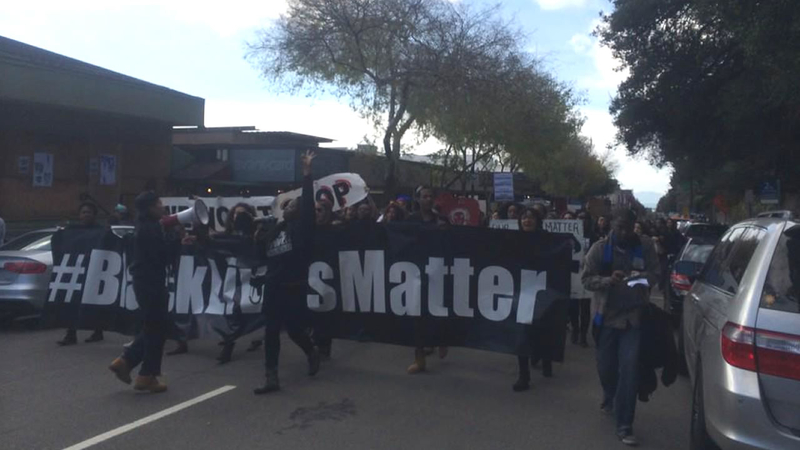 SAN FRANCISCO (KGO) -- Thousands of people took to the streets in the Bay Area on Saturday to join a nationwide protest against police brutality. And it wasn't all peaceful.

In Oakland, the protests turned violent. Police made dozens of arrests after people continued marching in the streets, even after officers declared an unlawful assembly. One group was detained at 29th and Telegraph. A second group was surrounded by officers in riot gear at 17th and Franklin.

Police say officers declared an unlawful assembly after vandals in the group hit a Whole Foods Market on Bay Street. Two large windows were shattered there. Nearby, someone set a flag on fire. And at several points, protesters tried to get onto Interstate 980 near downtown. But several CHP officers quickly mobilized to keep the group from entering the freeway.

The demonstration, which ended around 930 p.m., started peacefully. About 3,000 people participated in the protests that coincided with demonstrations nationwide, calling attention to the deaths of unarmed black men at the hands of police.


Sky7 HD was over San Francisco on Saturday as protesters marched along Market Street to City Hall. Demonstrators were supposed to walk for two hours along a designated route, but that didn't happen.

They chanted, they marched, and they remembered the ones who brought them together.

"This is moment of silence for those that have died -- Eric Garner, Oscar Grant," said one protester.

The list of those killed by law enforcement was long. Though there were thousands of different faces in the crowd, but there was one unified message.

"They are killing us and I can't anymore," said one protester. "We have to come together, institutionalized racism is alive,"

"Black people and brown people are not treated the same by law enforcement in this country," said San Francisco resident Elizabeth Millos.

The heavy police presence only frustrated many of the protesters. That's why once the scheduled event was over, hundreds marched on and shut down the streets around Union Square.

Police rushed to control the protest route, but the marchers brought traffic to a complete standstill in front of Westfield Center on Market Street while chanting, "Black lives matter."

The group took off once again, and this time headed to the Mission District. The faces in this protest had changed. There were no children or families there; instead, angry individuals. They stopped in front of the police station on Valencia.

The crowd remained loud but peaceful, vowing to keep up the fight.