'The hate must stop': San Jose community rallies to stop violence against Asian-Americans 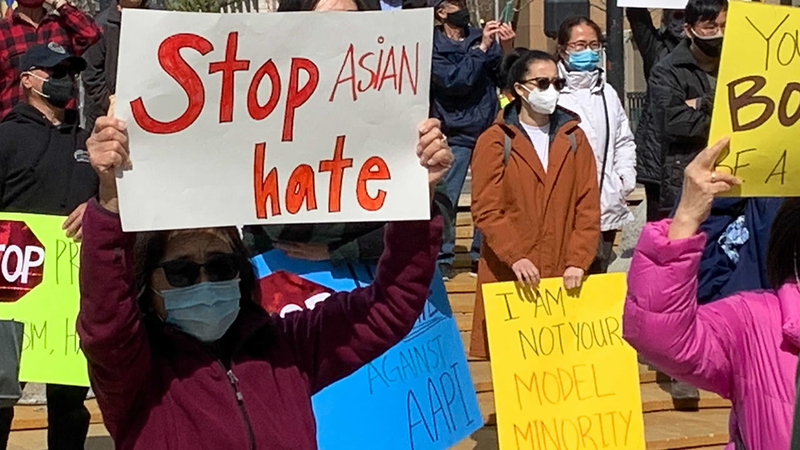 SAN JOSE, Calif. (KGO) -- There was a big show of solidarity this weekend in the South Bay as elected officials, police departments and the community joined in a united front, denouncing hate and violence against Asian-Americans.

"Will you march with us, will you love us?"

South Bay Assemblyman Evan Low asked that question to a large crowd outside San Jose City Hall. They gathered to stop hate and violence against Asian-Americans in the Bay Area.

"It's unfortunate we have to gather here, but it must be recognized so we can stamp out hate and violence in our community," said Low.

More crimes against Asian Americans are coming to light in the Bay Area.

A surge in brutal attacks against Asian-Americans, including a recent attack on a 91-year-old Thai man in San Francisco, has many calling for drastic change. So where do we go from here?

Santa Clara County prosecutors have upped the charges against a man they say shouted an ethnic slur during an alleged sexual assault on an Asian woman at the San Jose Diridon station on Wednesday.

"Each of us have a role to play here or each of us let's make a stand together."

The united support against the spike in crimes is far reaching, some sharing personal stories of discrimination

"As a young immigrant in this country 40 years ago I've heard the comments, 'speak English,' 'go back home,' 'do you eat dog?' I'd like to say 40 years later things have gotten better, but they have gotten worse," said Sunnyvale Police Chief Phan Ngo.

"We need to help our communities heal, those that are feeling afraid because they can't go out by themselves," said Sarita Kohli, with Asian Americans for Community Involvement.

Besides the commitment of solidarity there is also a financial commitment from many too.

The San Jose Sharks and San Francisco 49ers each pledging $10,000 to a hate crime reporting project.

"Since the pandemic started there has been more 3,000 hate crimes against a AAIP folks, this much stop," said 49ers President Al Guido.

Esther Kwok stood in the crowd with two American flags. She's feeling hopeful to see so much support in her community.