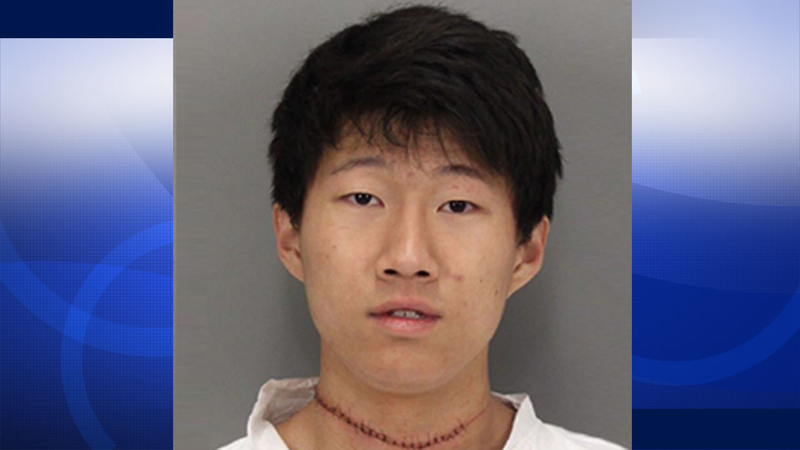 SANTA CLARA, Calif. (KGO) -- Students at Santa Clara University are stunned after police say a young student stabbed his own roommate, but they're also crediting fellow students with potentially saving the lives of the victim and his alleged attacker.

Santa Clara police say that around 3:30, 19-year-old Dillon Kim attacked his roommate with a knife while he was in bed.

Police call it an unprovoked attack.

19yo Dillon Kim accused of stabbing his Santa Clara U. roommate and cutting himself-lk at his neck. Vict. Will be ok. pic.twitter.com/VzNdXdwIW5

About 350 other undergrad students live in Graham Hall.

"It's not something I would expect but you know anything can happen. We're all people, so I'd say we're all pretty shaken up here," Graham Hall resident Yvette Bea said.

The victim had a stab wound and multiple lacerations. He was taken to the hospital and is expected to be OK.

Kim was also taken to the hospital to treat self-inflicted injuries. In his booking photo, the stitches wrapping around his neck are visible.

The two students were actually first treated by other Santa Clara University students who respond to medical emergencies on campus.

The 36 in the program are trained EMTs and the students on duty Tuesday morning are being credited with possibly saving two lives.

"We sleep at our health center when we're on duty and I know for a fact they responded at least eight minutes before fire was able to get here and give emergency medical treatment for him, both of them, and might have saved their lives. So I'm really proud of my squad actually," SCU student Raina Cazier said.