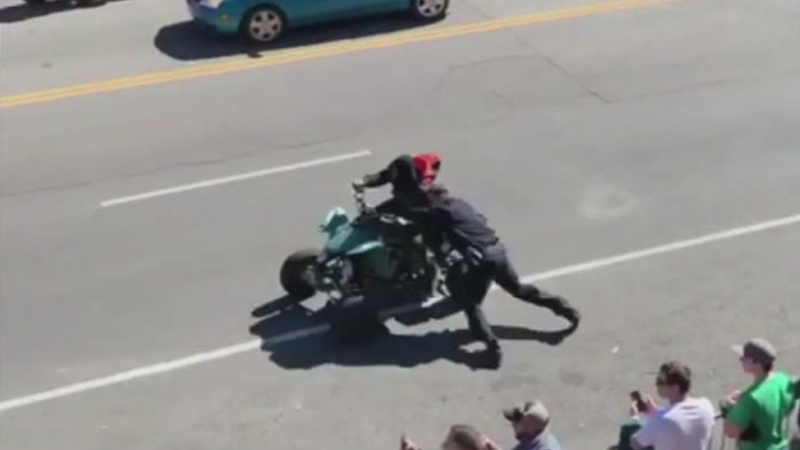 NASHVILLE, Tennessee -- Authorities are looking for the ATV driver who hit and dragged a police officer in downtown Nashville Saturday afternoon.

A lot of people were on Broadway when the ATVs, dirt bikes and other off-road vehicles swarmed the street. People were in the area for the SEC tournament and to celebrate St. Patrick's Day.

An Uber driver, who did not want to be named, said he thought he was going to get hit.

"I was just driving down on Broadway, headed down towards the river and I just saw a ton of ATVs and dirt bikes coming down the road doing wheelies and burning out," he told WTVF.

Moments after the drivers converged on the area, Metro Nashville Police Sgt. John Bourque approached one of them.

Bourque was then dragged down Broadway and flung into a gate.

Several officers and bystanders ran to his aid. He was rushed to Vanderbilt University Medical Center.

The driver who dragged Bourque left the scene.

The Fraternal Order of Police issued a statement, saying in part:

"This blatant disregard for the safety of our community and those who serve it cannot be tolerated. We are confident that the MNPD will endeavor to identify and charge all who were involved in this reckless and willful act of endangerment."