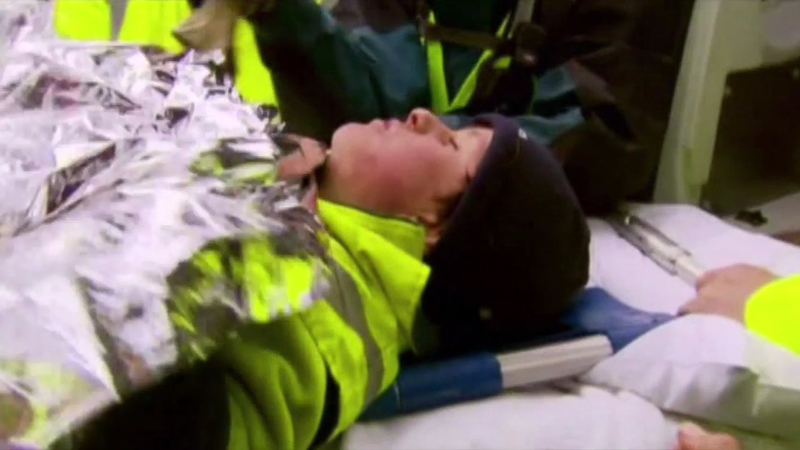 AUSTRALIA (KGO) -- It's an amazing search and rescue operation that was caught on camera, as police and family found a young, autistic boy lost in an Australian forest.

Eleven-year-old Luke Shambrook was lost and all alone in the woods for four days, finally spotted by a helicopter flying.

"Just out of the corner of my eye, I just caught a little flash of something, it was enough to make me get the guys to turn the aircraft around and go back and have a further look," explained Sgt. Brad Pascoe with the Victoria police air wing.

Rescuers made their way down an embankment to help as volunteers using chainsaws cleared a path for a stretcher.

Shambrook was wrapped in tin foil to bring his body temperature up and was reunited with his relieved parents.

Rick Nugent with Victoria State Police is surprised the young boy survived considering the weather. "If you think about the timeline and how many days he'd been away, four nights it's been rainy, it's been cold," he said.

Luke wandered off from his parents' campsite at 9:30 in the morning. Three days into the search, rescuers spotted his hat just as a police choppers started scouring the area.

They found Luke sitting in a dense forest with nothing to eat or drink.

"We've been overwhelmed by the response. We're very lucky that we live in a society that puts a lot of emphasis on finding children who went missing," said Peter Roberts, Luke's uncle.