KGO
By by Renee Koury 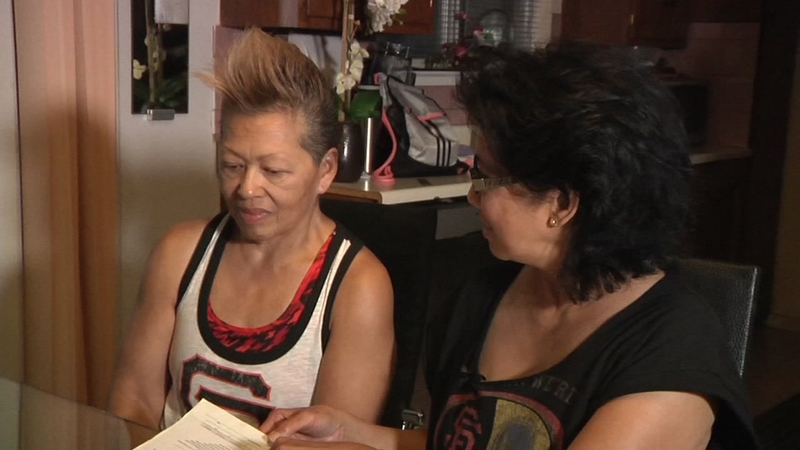 NOVATO, Calif. (KGO) -- If your car breaks down in the middle of nowhere, there's no more welcome sight than a tow truck coming to your rescue.

But what if the tow truck never shows up?

It happened to San Bruno resident Winnie Alaras-Reddick and her friend Monroe Chin. The two women said they were stranded for seven hours in an isolated gas station in Northern Marin that closed down while they sat locked in their broken car.

"We were getting cold and our stomach was growling. We had nowhere to go,'' Alaras-Reddick said. "There was nothing around us, nowhere to go. No way to get out of there. It was horrifying."

It began when their car transmission broke down on southbound Highway 101 in Novato, about 40 miles from home. They pulled into the gas station at about 5 p.m. and Alaras-Reddick called AAA for a tow.

"It was getting dark and we were two old ladies all alone,'' Chin recalled. "We said, 'When are you going to get here? This is ridiculous.'"

The hours ticked by. No help arrived.

"The attendant in the mini mart said, 'You know, I'm going to close the store, it's 9:30,''' Alaras-Reddick continued. "'If you want to use the bathroom you better do it now.'"

The gas station closed, the lights went out. The two women sat in the dark, shivering inside the disabled car.

"I told Monroe, 'Lock your door, you don't know if someone's going to come snatch us,''' Alaras-Reddick said. "I had my pepper spray all ready."

She told campfire stories and jokes to pass the time and keep up their spirits.

But hours later, still no tow. AAA dispatchers finally told them there was a major accident and all tows were busy responding.

"They said there were cars that went in a lake and they had to fish those people out,'' Alaras-Reddick recalled. "We should just wait."

But now midnight was approaching. Their fears were growing.

"I told AAA that we don't feel safe here,'' Alaras-Reddick said. Finally they got a call back from AAA, but not the call they wanted.

"The guy said we had to call back tomorrow. No one was coming tonight,'' she recalled. "I said, 'What? After waiting all these hours now you tell me no one's going to pick us up?' "

She called Novato police. An officer escorted the women in their hobbled car to a nearby Safeway parking lot.

"We were going two miles an hour,'' Alaras-Reddick said. "My car, it was smoking and making noise, and I just started to cry."

The store was closed, but the lot was lighted. And the officer promised to return periodically to make sure they were OK.

Finally some relief: An AAA dispatcher told her she could call a Lyft or Uber to drive them home, and AAA would reimburse the cost. So they took a Lyft and got home about 1 a.m. She took another Lyft back to her car the next day.

However, when Alaras-Reddick filed a claim for the Lyft rides, she was shocked: AAA refused to reimburse her.

"They said, 'Oh, ride services are not covered by your policy,' '' she explained. "I said, 'But you left me stranded there for hours and then four different dispatchers said it was OK if we took a Lyft. '"

However, she said, the AAA adjuster would not make an exception.

"I said talk to your dispatchers they told me you would reimburse me,'' Alaras-Reddick said. "She said, 'No, you can't talk to anybody, I'm it.' I was so mad, after all they put us through."

"It was a horrifying thing to be out there, two old ladies in the dark,'' Chin said. "They are supposed to be there when you need them, that's the reason you get AAA, and then they tell us to take a ride but then they don't give us (the refund) either."

Alaras-Reddick contacted 7 On Your Side. We contacted AAA and it said:

"Member safety is the primary concern of AAA, and our dispatchers made sure to confirm this Member was in a safe place during each contact. While travel reimbursement is generally not provided under our guidelines, we determined this Member's expenses should have been reimbursed due to unusual circumstances that night, which resulted in significant delays for service. Despite those factors, we missed several opportunities to provide this Member the world-class service we're known for. We subsequently reimbursed the Member's travel costs and have addressed our internal trainings on this topic. We apologize for her experience that night.

We pride ourselves on delivering top-notch service to our Members, and we failed this time. We look forward to demonstrating our value to this Member, and all AAA Members, going forward."

"I got my money back!" Alaras-Reddick said. "'7 On Your Side' I think is the best thing ever to happen to consumers."
Report a correction or typo
Related topics:
automotivenovatoaaacar7 on your sideconsumerconsumer concerns
Copyright © 2021 KGO-TV. All Rights Reserved.
7 ON YOUR SIDE