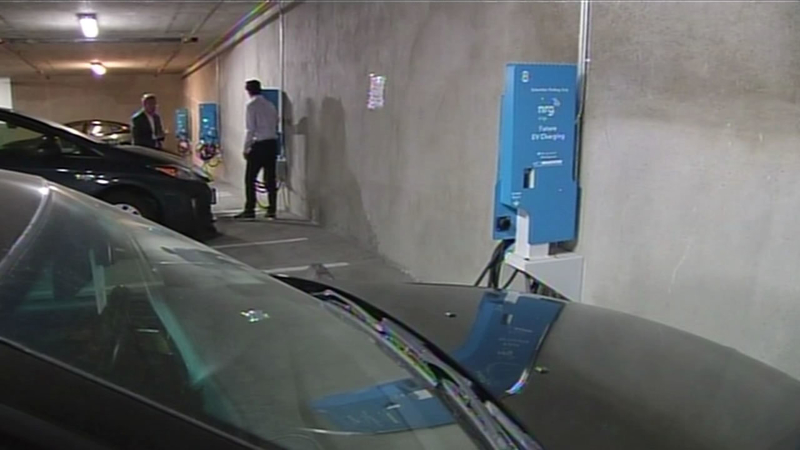 SAN JOSE, Calif. (KGO) -- This is a story about the have's and have-not's when it comes to electric cars. The have's are homeowners with the ability to install charging stations. The have not's are apartment dwellers at the mercy of their landlords.

Nothing beats charging your car while shopping or working. But at night, apartment dwellers have been at a disadvantage. Most don't have charging stations like the ones homeowners install.

"If it were sort of more accessible, I think it would make it much easier and more common for people to go ahead and get electric cars," said electric car owner Sarah Hansen.

NRG eVgo, the company with 150 charging stations across the state, is trying to install 10,000 of them in apartment complexes. This one at the 360 Residences in downtown San Jose has turned into a major selling point for tenants.

"Right now we have seven out of 10 charging stations already activated and in use," said property manager Selena Gillette.

NRG eVgo is going to cover the wiring costs for apartment complexes from now until the end of May, worth about $30,000. This removes a major hurdle. But they need to install 10 of them to meet future demand.

"When buildings are doing construction and they're enabling their building for electric vehicle charging, they're thinking about the future. They're doing an array of 10 spaces that are pre-wired, rather than one charger that meets their needs today," said Jonah Eidus of NRG eVgo.

This allows tenants to have their own charging station at a cost of $40 per month plus electricity used.

Still, there could be roadblocks. San Jose resident David Ronsse met a man whose complex doesn't want a charging station.

"He can't charge it at his complex. They won't allow it," said Ronsse.

NRG eVgo is going to hold two events in San Jose on April 18 & 19 to sign up tenants. Then, based on demand, the company will negotiate with building managers.