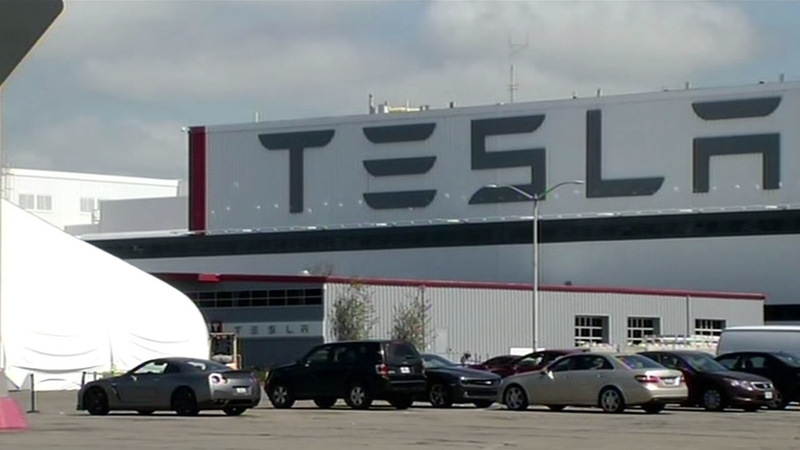 FREMONT, Calif. (KGO) -- Pre-orders of Tesla's new Model 3 are taking off tonight, but the question remains if the company can meet the already massive demand for its newest car.

Musk's saying that because at least 198,000 people have already placed their order for the Model 3. That's more plug-in car orders than all of 2015 for all car makers. The orders are coming in from all over the world. The cars will be made in Fremont.

Tesla is already the city's largest employer and with so much demand for the Model 3, city officials expect to see more jobs and economic growth.

"The greater East Bay, North San Jose is actually a car center now, with all the software applications, customized parts and all the customized parts. so it's fantastic," Del Becarro said.

Tesla's factory and showroom are in Fremont. Del Becarro says at least 80 other companies throughout the Bay Area support Tesla by making parts like battery packs and plastics.

Other business like Taqueria Las Vegas, across from the plant, are happy to benefit from all the employees who need a place to eat.

"We've been having lots of people come in, every day actually. Now it seems like everybody is in here, most of the factory is in here," said Daniela Camacho of Taqueria La Vegas.

It wasn't always like this in Fremont. This exact day in 2010, the Nummi auto plant, jointly owned by Toyota and General Motors, closed. Thousands in the auto industry were suddenly without jobs. Tesla moved in and rehired some of those workers.