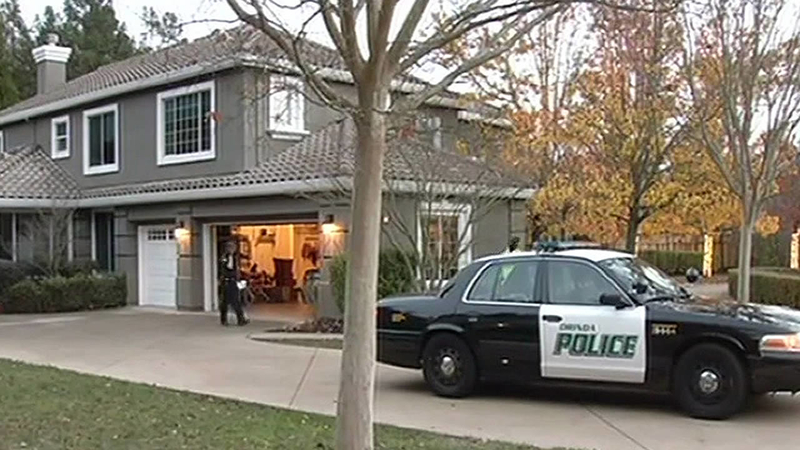 ORINDA, Calif. (KGO) -- A nanny in Orinda was pistol-whipped Tuesday afternoon by a robbery suspect. She is in the hospital recovering from the large cut on the back of the head.

The incident happened on El Castillo Court just off Highway 24. At around 2:15 p.m., police said the family's nanny was raking leaves in the front yard when she was confronted by the suspect. She let him know she did not speak English.

About 15 minutes later, the man came back armed with a gun, kicked in the front door and demanded money. Even after the nanny gave him some cash and two iPads, he pistol-whipped the 53-year-old woman on the back of the head. He then demanded the keys to the family's Porsche Cayenne and drove off. All of this was witnessed by the family's 5-year-old daughter.

Orinda Police Chief Mark Nagel says this is the first time he can remember something like this ever happening in his town. He believes the suspect has no connections to the family and it was a random crime of opportunity.

"This is a frontage road right next to Highway 24. There's an on-ramp and an off-ramp within half a mile. It's very easy," said Nagel.

The description of the suspect is vague. He is described as a dark-complexioned African-American man, between 20 and 25 years of age and wearing a gray jacket.