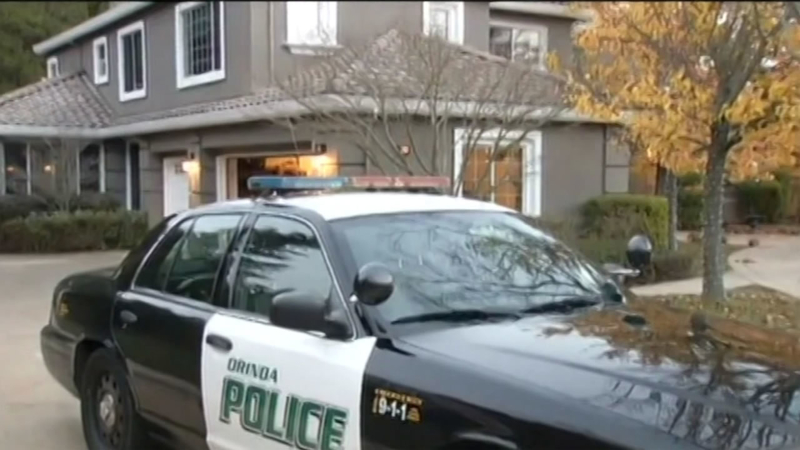 ORINDA, Calif. (KGO) -- An upscale East Bay neighborhood is on edge this evening after a robber kicked in the front door of a home yesterday and pistol-whipped the nanny.

Orinda police say they do have some good leads, but so far, no suspect.

Orinda police say they are processing the burglar's fingerprints and a footprint left behind at the home. The police department is also trying to gather intelligence from a nearby camera installed up the street.

Michael Yim says despite the scary ordeal, his nanny and his 5-year-old are holding up well. They were both home when a man barged in yesterday afternoon.

"I think we are on road to recovery," Yim said. "He kicked the door in and went straight to kitchen where my nanny was cooking, held her at gunpoint and asked for money."

The suspect then shuttled the nanny around the house looking for valuables. She was pistol-whipped in the process. The 5-year-old, who witnessed everything, was told to run to a neighbor's and stay put.

The suspect got away with two iPads, cash and the family's Porsche Cayenne that has yet to be found. Investigators believe the suspect wasn't working alone.

Orinda Police Chief believes the suspect who pistol-whipped babysitter had an accomplice. Working all leads pic.twitter.com/ZS5b9oaMMX

"They generally don't walk to these neighborhoods. They're are either dropped off nearby, or have a partner in crime standing by," said Orinda Police Chief Mark

Police are hoping a camera recently installed at a nearby intersection might reveal more clues. It's one of nine cameras that captures license plates throughout town. Neighbors in this normally quiet cul-de-sac say they're looking at ways to beef up security, including forming a neighborhood watch group.

"We are already talking about what we can do to be better prepared," said neighbor Jack Zakarian.